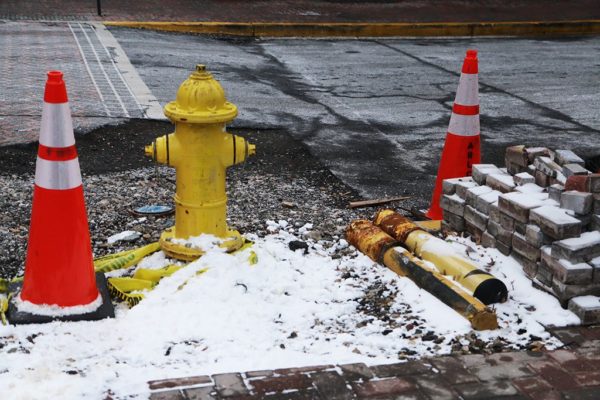 More Stuff Coming to Ballston — Even more hip food-and-drink spots are on the way for Ballston. A 3,000 square foot Union Kitchen Grocery store is coming to the ground floor of the revamped Ballston Quarter mall, at the corner of Wilson Blvd and N. Randolph Street, while a Compass Coffee cafe will also be opening in the mall. [Washington Business Journal]

Wheels Stolen Off the Lot at Dealership — Someone stole tires from three vehicles parked in the lot of a car dealership on Lee Highway just after midnight Wednesday. “An unknown suspect(s) removed the tires from and tampered with multiple vehicles in the parking lot of a business,” police said in a crime report. There is no suspect description and no surveillance footage, we’re told. There is a Toyota dealership on the 4000 block of Lee Highway, where police said the crime occurred, but also a Honda dealership nearby. [Arlington County]

Garvey Confident About Amazon — Arlington County Board member Libby Garvey is optimistic about Amazon coming to the area. “I think Amazon is very likely coming here,” she said at a Northern Virginia Chamber of Commerce conference, shortly after it was announced that Northern Virginia, D.C. and Montgomery County, Maryland were among the top 20 finalists for Amazon’s HQ2. “We have got everything here.” [Washington Business Journal]