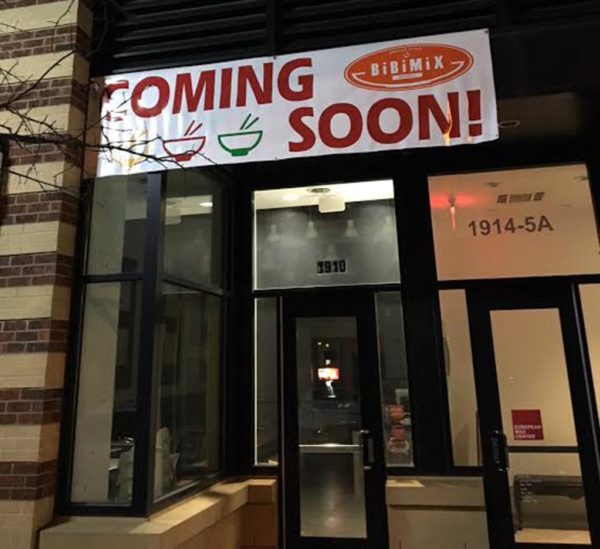 Bibimix, a quick-service Korean restaurant, is getting ready to open in Courthouse as soon as next week.

The new Korean restaurant at 1910 Wilson Blvd will be replacing the former Shawafel, which closed in 2016 after only being open for about a year.

Restaurant co-owner Sang Moon described Bibimix’s format as “Chipotle style,” where customers can make their own rice or salad bowls using up to 40 different toppings. They will also be serving Korean fried chicken, he said.

Moon expects to host a soft opening next week. Customers will be able to get 20 percent off their meal on March 1, during the store’s official grand opening, Moon said.

Bibimix hopes to be able to find staying power after an eatery with a similar format struggled elsewhere in Arlington. Chipotle-style Korean restaurant KBQ Korean BBQ & Bar closed in Crystal City last year after being in business for six months.