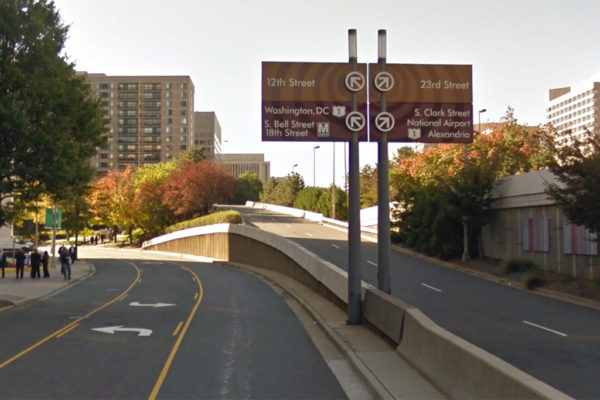 An elevated portion of S. Clark Street is closing today ahead of a planned demolition project.

The S. Clark Street overpass was underutilized, according to county traffic studies, but it was useful for those seeking a faster way to get from one side of Crystal City to the other.

Major work on the demolition project is expected to begin in March and wrap up in the summer of 2019. More from Arlington County about what to expect during the project:

The demolition project will generally work from north to south starting with the removal of the 15th Street overpass, scheduled to start in March.