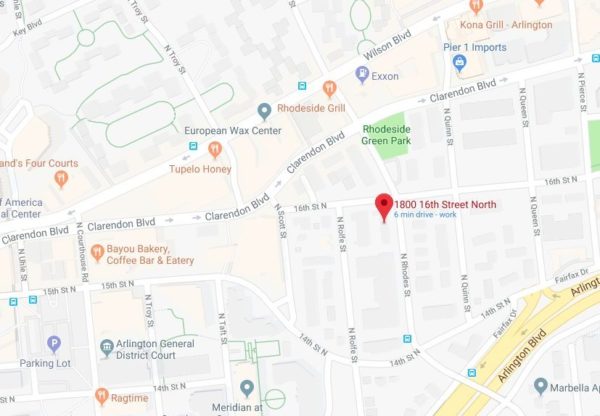 A man turned around and exposed himself to a woman after walking past her on 16th Street N. near Rosslyn and Courthouse, police say.

The incident happened Friday night just before 10 p.m. The man ran off and police were unable to locate him.

INDECENT EXPOSURE, 2018-02090265, 1800 block of 16th Street N. At approximately 9:55 p.m. on February 9, police were dispatched to the report of an indecent exposure just occurred. Upon arrival, it was determined that the female victim was walking in the area when the male suspect walked past her and turned back to ask her a question with his genitals exposed. The suspect then fled on foot in the opposite direction. The suspect is described as a darker skinned male, possibly Hispanic or Arabic, younger than 35 years old,  approximately 5’6, wearing a gray hoodie with dark stripes and the hood up, blue jeans, and something covering his mouth. The area was canvased with negative results. The investigation is ongoing.