OpenWater, a company that develops a Software as a Service (SaaS) solution for award ceremonies such as the TONY and James Beard awards, has move its headquarters from the District to the Ballston neighborhood.

The 35-person company signed a seven year lease at 4401 Fairfax Drive and moved in earlier this year, according to a press release by the company. OpenWater previously resided in D.C. for 8 years and was able to expand its footprint by 120 percent as a result of the move. 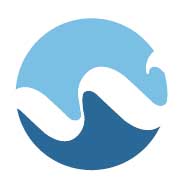 The company was named one of Inc’s 5000 fastest growing companies in 2017 and reported $2.5 million in revenue in 2016. On top of providing management software for awards ceremonies, their software is also compatible for other application review processes such as selecting board members, grants and scholarships.

The company also plans to open up the new space for technology forums and networking events.

“OpenWater is a company that thrives on constant and consistent innovation, making them a perfect fit for the robust and fast-growing tech scene in Ballston,” said Tina Leone, CEO of the Ballston Business Improvement District, in a press release. “Ballston continues to lead the push for innovative technologies in the DC metro area because of companies like OpenWater and we are thrilled to have them in our neighborhood.”