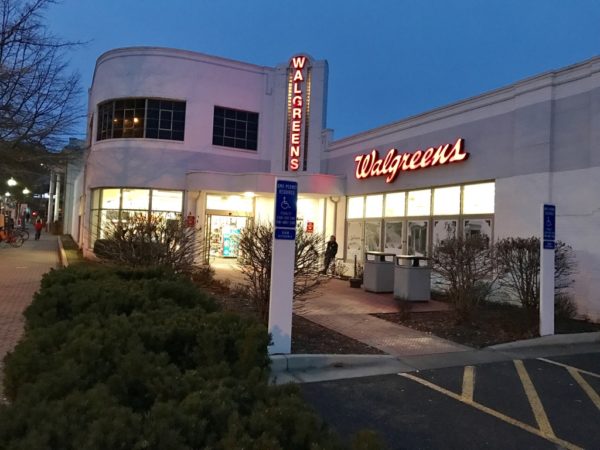 JPMorgan Chase plans to open a consumer banking branch in the former Walgreen’s space in Clarendon.

The financial giant recently bought the historic-designated property for $25 million, according to the Washington Business Journal.

S&P Global Market Intelligence is reporting today — and a filing with the Office of the Comptroller of the Currency appears to confirm — that the Clarendon property is planned as one of six new JPMorgan Chase branches along the East Coast.

Four of the new branches are in the D.C. area, including two in the District and one in Bethesda.