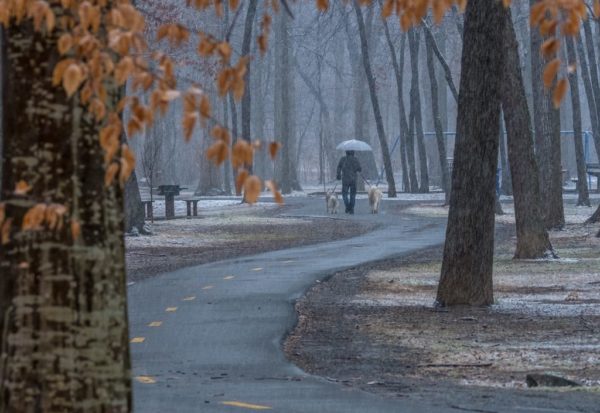 Vigil for Parkland — Rep. Don Beyer (D-Va.) was among those to speak at a candlelight vigil last night in Falls Church for the victims of the Parkland, Florida high school shooting. Beyer spoke in favor of stricter gun control measures. [Blue Virginia]

Police Investigate Sound of Gunshots — Arlington County Police investigated a report of shots fired near the intersection of Lee Highway and Glebe Road Friday night. No injuries were reported. [Twitter]

Fmr. Arlington Resident Convicted of Murder — “A jury found a man guilty of multiple counts related to an execution-style shooting that killed three people in a D.C. park in 1991. Benito Valdez, 47, formerly of Arlington, Virginia, was found guilty of first-degree murder while armed.” [WTOP]

Theater’s Pre-Oscar Deal — With the Academy Awards now less than two weeks away, the Regal cinema in Ballston is offering a special deal: a $35 pass to see all nine films nominated for Best Picture. [Patch]

Flyover This Morning — A military flyover is scheduled just after 11 a.m. this morning for a funeral at Arlington National Cemetery. [Twitter]