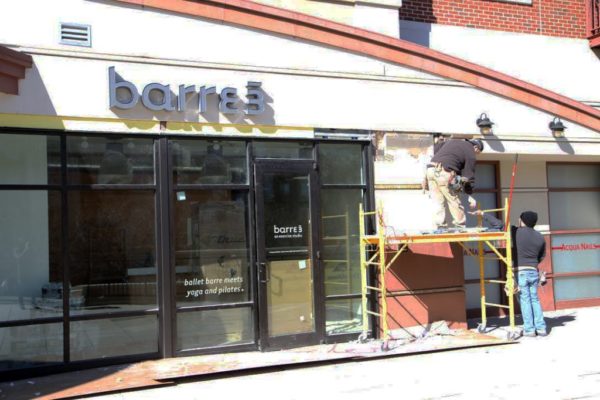 Clarendon’s new Barre3 studio was set to start its first classes today (March 5), but has postponed its opening day.

The hold up is due to “the unexpected surprises that come with construction, permits and inspections,” according to an email sent on Friday to those who had signed up for the first week of classes.

The email didn’t specify a revised opening date for the barre studio to open at Market Common, and emails to the location were not returned over the weekend. A later email from the chain to customers noted that at least one additional free class would be held before opening their doors “this month.”

Many of the first week’s classes were free for locals to try out the studio, but anyone who had signed up was removed from the class list and had an extra free class added to their accounts for any of the local locations.

The chain also has a nearby location in Washington’s Georgetown neighborhood, but this would be the first Arlington addition.