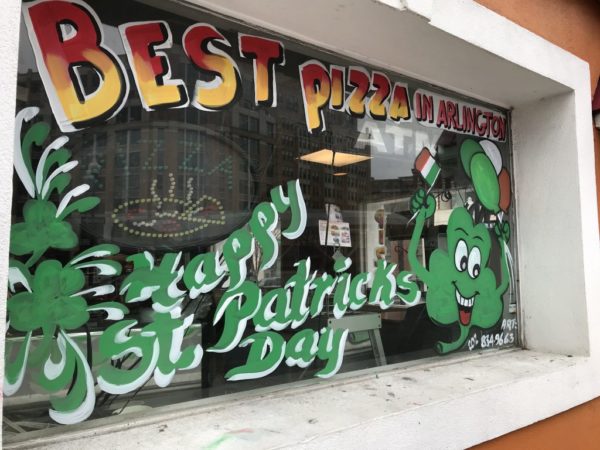 Social Media Threats Against Arlington Schools — “There is an increased police presence at a middle school and high school in Arlington Friday after authorities say they were the targets of social media threats Thursday night. Arlington County Police say ‘threats of violence’ were made to Williamsburg Middle School and Yorktown High School… police have identified a person in connection with the incident.” [WJLA, Twitter]

Cannonball Found Near the Run — “A remnant of the most turbulent period in Arlington’s history was unearthed during the recent renovation of the Arlington Food Assistance Center’s warehouse space in the Four Mile Run corridor. A 24-pound spherical shell was found during the construction period.” [InsideNova]

Snow Showers Dust Area — Winter is not over yet. A brief period of snow showers left some white patches on lawns this morning. Meanwhile, a potential snowstorm looms for next week. [Twitter, Capital Weather Gang]