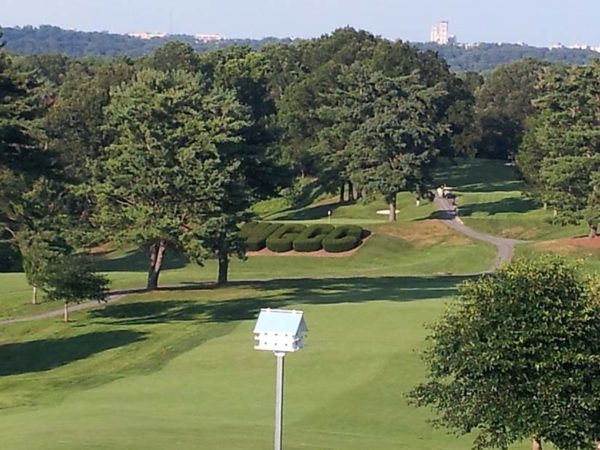 The Arlington County Board sent a letter to Gov. Ralph Northam today (March 27) requesting that he veto a bill adopted by the General Assembly that would provide big tax savings to two Arlington country clubs but cost the county millions.

The bill would mandate an open space assessment of golf course properties in the county, providing big tax breaks to Washington Golf and Country Club and Army Navy Country Club. According to a county press release, the assessment changes would result in a county revenue loss of about $1.43 million per year.

The hit to the county’s coffer would require “significant potential reductions in the areas of student education, public safety, transportation, community health, and social services,” the letter said, suggesting also that the “preferential tax treatment” conflicted with the Code of Virginia and the state constitution.

“This bill comes at a time when our community is already grappling with reductions to services in order to address budget gaps for the upcoming fiscal year and larger projected budget gaps in future years,” said the letter, which was signed by all five County Board members.

The full text of the letter after the jump.

We are writing to respectfully request that you veto HB1204, a bill adopted by the General
Assembly mandating the open space assessment of golf course properties in Arlington County.
In an effort to provide preferential tax treatment to two golf clubs in Arlington, the bill conflicts
with the Constitution and Code of Virginia, sets a dangerous precedent for real property tax
assessment decisions to be made in Richmond instead of at the local level, and undermines state
laws related to the preservation of open space. Moreover, this legislated tax relief solely for two
golf clubs has a substantial budgetary impact on Arlington County at the expense of schools,
public safety, public services, public health, and transportation.

This bill would require Arlington County to assess the two country clubs located in the County
as land devoted to open space. It mandates an assessment for Arlington’s golf courses that
currently is only available through an optional program local governments may adopt by
ordinance. Such programs would require participating properties to pay taxes on the full fair
market value of their property for the five years prior to when they choose to leave the program
(“roll back taxes”), something HB1204 does not require.

Enacting this legislation is a dangerous intrusion into the local real estate assessment process
which has traditionally been the sole province of local decision making, and sets a dangerous
precedent of the General Assembly becoming the venue for what is at its core a local issue,
potentially leading to further future carve outs for preferred property owners through legislation
sought under the pretense of equity. Further, the legislation undermines the Use Value Taxation
Program in Virginia, which since its inception in 1972, has provided preferential tax treatment
for certain categories of real estate in exchange for their preservation. HB1204 clearly provides
the preferential tax treatment but, contrary to the Code of Virginia, does not require preservation
of the property as open space, and absolves property owners from paying any tax recapture upon
sale of their land.

Finally, HB1204 would result in a decrease of County tax revenue by $1.43 million annually,
necessitating significant potential reductions in the areas of student education, public safety,
transportation, community health, and social services. This bill comes at a time when our
community is already grappling with reductions to services in order to address budget gaps for
the upcoming fiscal year and larger projected budget gaps in future years.

The County and the clubs had been utilizing the process established by the General Assembly for
all property owners to challenge their assessments – namely through the Board of Equalization
and the Circuit Court. While this process is not yet completed, we understand the concerns
expressed by Washington Golf and Country Club and Army Navy Country Club. The County
has, in the context of settlement discussions, proposed a revised approach to valuation of the
clubs, and has expressed our willingness to work together to identify options to reduce their tax
liability under the law. Given the good faith efforts to resolve the pending litigation with both
clubs, and to mutually agree upon a valuation approach going forward, the County is requesting
the time to address this matter locally instead of through legislative mandate. We are confident
that we can reach a mutually agreeable resolution with both clubs, preventing this issue from
returning to the General Assembly in the 2019 session.

For these reasons, we respectfully request that you veto this legislation. Thank you in advance
for your consideration and for all that you do to support counties, cities and towns throughout the
Commonwealth.