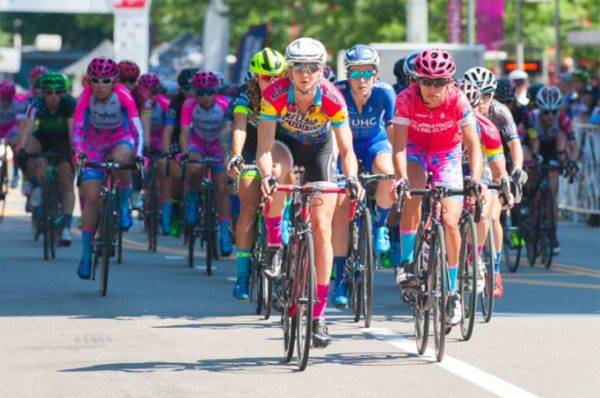 Cyclists can now register for the Armed Forces Cycling Classic, which is returning to Arlington in June.

The cycling event, which is taking place the weekend of June 9-10, is celebrating its 21st anniversary this year. The event was previously known as the Air Force Association Cycling Classic.

The event is sponsored by Boeing, but companies can join as supporting sponsors or enter the race as part of the “corporate challenge,” raising money for nonprofits like the ALS Association, the Tragedy Assistance Program for Survivors (TAPS) and Our Military Kids.

There are three main competitions throughout the event. The first is the Clarendon Cup, a pro/am criterium race with 1 km course that begins and ends near the Clarendon Metro station. The event’s website says the race is “one of the most difficult criterium races in the USA” due to technical demands of the course.

On June 10 both the Crystal Cup and the Challenge Ride will occur.

The Crystal Cup will feature multiple races starting with the men’s pro race, then the kids races, followed by the women’s pro race and then the men’s amateur race. The 1.3 km course will run down Crystal Drive between 23rd St. S. and 18th St. S., and around S. Clark Street.

The Challenge Ride will take place between 7-10 a.m., allowing riders to take as many laps as they can within the three hour limit. The course is 6.5 miles long and wraps through Pentagon City, Crystal City and Rosslyn.

Each branch of the armed services will have its total laps tracked as a part of the Navy Federal Credit Union Armed Forces Cycling Challenge. The service with the most total laps and the most laps by its top six riders will be awarded on the stage during Sunday’s men’s pro race.

To participate, cyclists will need to indicate which service they are or have been in while registering and must bring a military ID the day of the race. The U.S. Air Force was the top lap accumulator in both 2015 and 2016.

Expect a number of road closures for each course going through the Clarendon, Rosslyn, Crystal City and Pentagon City areas.