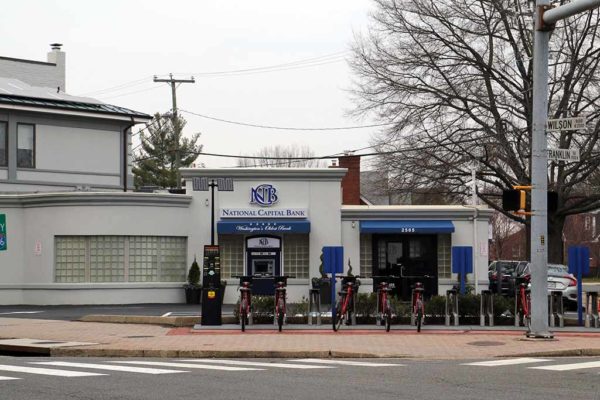 (Updated at 4:50 p.m.) A new branch of National Capital Bank opened this morning (March 29) roughly between Clarendon and Courthouse, marking the bank’s first branch in Virginia.

National Capital Bank bills itself as “Washington’s Oldest Bank,” and has been open since 1889, according to its website.

The bank is at 2505 Wilson Boulevard, which is at the intersection with Franklin Road and N. Barton Street.

The bank takes over the once-vacant former location of another bank, Cardinal Bank, which was bought out by United Bank about a year ago.