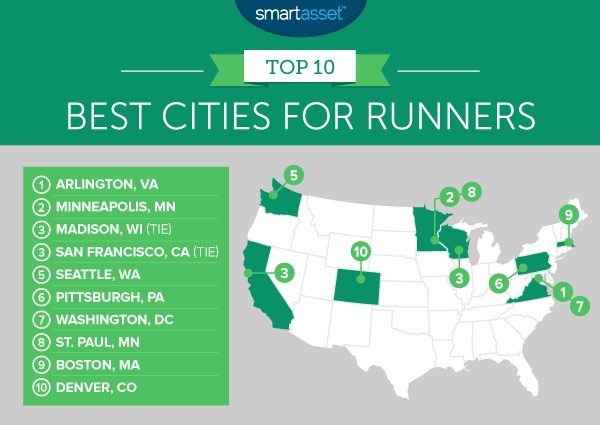 Arlington has been named the No. 1 best “city” for runners, according to new rankings from the website SmartAsset.

Anyone who lives and runs in Arlington is probably aware of the large number of races in the city. According to our data, no city in the study has more races relative to population size than Arlington.

And if road races are not your speed, there are plenty of other ways to run in this city. It has top 10 scores for number of gyms per 10,000 residents and percent of residents who have park access.

The top 10 best cities for runners, according to the rankings, are: