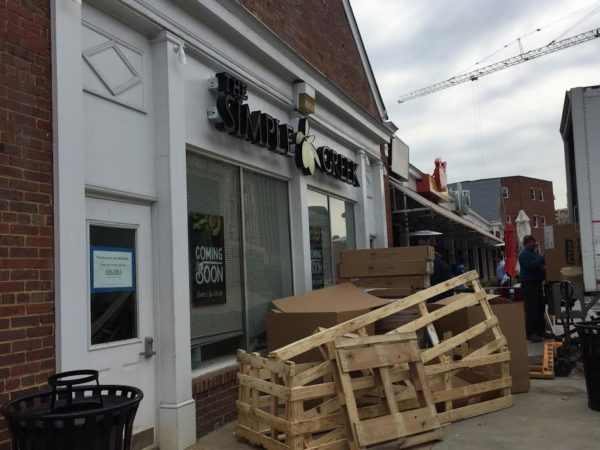 The Simple Greek is hoping to open its new restaurant location at the Colonial Village Shopping Center in early May, according to a company representative.

Signs for the restaurant are currently up at the shopping plaza, between the Rosslyn and Courthouse Metro stations. Workers were installing equipment as of Wednesday morning.

The Simple Greek representatives had previously told ARLnow that they were hoping for a late April opening.

Located at 1731 Wilson Boulevard, the restaurant will serve personalized Greek pitas and bowls. Greek wine and beer are available at select locations, but it doesn’t appear that this location has a pending or active Virginia ABC license.