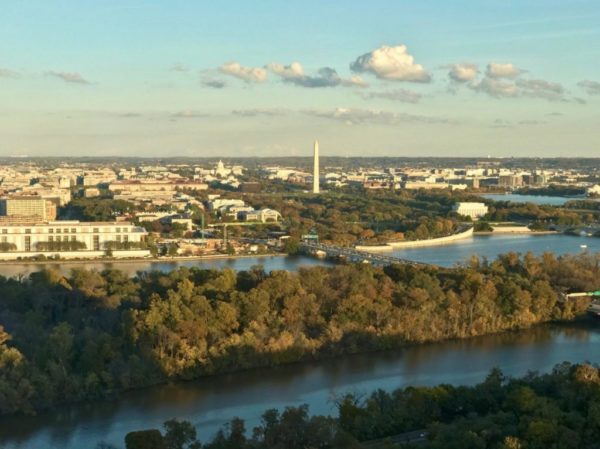 The owners of a new Rosslyn observation deck are holding a contest to give people the opportunity to catch a first glimpse of the views from the space at CEB Tower at Central Place before it officially opens this summer.

Four winners will be able bring up to four guests each to tour the observation deck, located at 1201 Wilson Blvd. Entry for the contest ends Thursday.

Views from the 12,000 square foot deck feature much of the Georgetown waterfront, the Washington Monument, the U.S. Capitol building and more. According to the Washington Post, the space — expected to be a major tourist attraction — will also offer fourteen 55-inch touch screens that will highlight local landmarks. There will also be a bar with light food options.

Once it officially opens, the deck will charge $21 for admission, with reduced rates for students, seniors, children and the military. Admission will be free for Arlington residents.