In the span of 20 years, Ken Robbins, one of the co-founders of Millie, moved 12 times with his wife during his career in the Army.

One time Robbins moved from Arlington to Germany and then back to Arlington in just a year and a half. From all that moving, Robbins wished the military provided more information about the places he was moving to, on subjects like commuting, schools and the cost of rentals.

“The military moves about half a million people every year and they don’t provide a lot in terms of resources,” Robbins said. “They provide the moving truck, but it’s up for the family to decide where they’re going to live, rent, buy.”

Robbins’ wife is also a real estate agent in Arlington and she and Robbins collectively realized there wasn’t a country-wide network of veteran and military spouse real estate agents. Thus began the creation of Millie, an online marketplace that informs military families about their new homes. 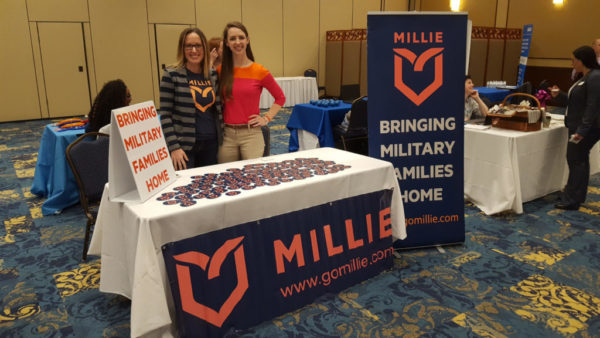 Currently, Millie has 400 pages of content about 35 housing markets, which covers about 75 percent of the active duty military population, Robbins said. To make money, the Arlington-based startup has two features — AgentHero and Scout.

AgentHero is a service where Millie connects veterans and their spouses to real estate agents near their relocations. Millie receives a referral fee if the real estate agent closes on a deal. Robbins added that Millie only refers real estate agents that are veterans or military spouses, that have been in the business for at least five years and are in the top 15 to 20 percent of their market. Millie is currently working with roughly 700 real estate agents across the country.

Scout is a service that allows families to request a military spouse to check out a home or rental and its neighborhood for a rate typically between $50 to $75. This service is particularly for families who can’t afford to scope out a new potential home themselves, Robbins added.

Of the estimated 60,000 page views to Millie’s website, only about 1,000 people have used the services, Robbins said.

“Not everybody that consumes our content necessarily uses one of our services, and we’re completely ok with that,” he said. “That was part of the reason we built it was we wanted to help educate military families and reduce the stress especially on the military spouse so we recognize not all of them will turn into customers.”

Within the next 60 days, Millie may add a third stream for revenue by creating a content subscription page for real estate agents looking to learn more about how to better serve veterans and military families. Robbins said most people don’t realize that veterans comprise nearly 20 percent of the home buying market in the country, and this new subscription page could be a good resource for realtors looking to better understand that market.

“Most real estate agents, or a lot of them, don’t know how to speak to speak to the military community, or maybe they don’t understand what they’re going through,” Robbins said.

All of Millie’s employees are military spouses and Robbins is proud that he has found a way to serve the military community while also running a for-profit enterprise.

“Too often in the military community everything is about volunteering and non-profits and there’s a certain role for that, that’s great,” he said. “But it’s also important for us that we empower military spouses and give them the ability to earn money for their family.”