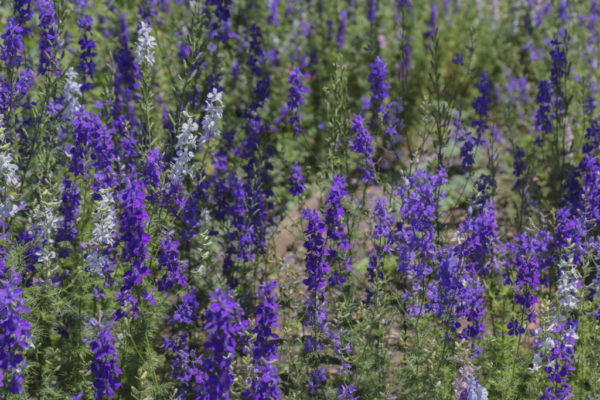 It’s Summer — Today is the first day of summer and the longest day of the year in terms of daylight. [Fortune]

Verizon 911 Outage — Updated at 11:40 a.m. — From Arlington Alert: “Due to a regional Verizon outage, Verizon mobile phones may not be able to reach 9-1-1 or non-emergency numbers in the area at this time. Please use Text-to-9-1-1 or another phone carrier if the voice call does not go through.” Callers in Alexandria, Fairfax and Prince William are also affected by the outage. Service was restored around 11 a.m. [Twitter, WJLA]

Crash Leads to All-Time Terrible Commute — Yesterday’s evening commute was “atrocious” and the “worst I’ve ever seen” in Northern Virginia, per transportation reporter Adam Tuss. Traffic was especially slow on northbound I-395 and the northbound GW Parkway approaching D.C., after a deadly and fiery truck crash shut down a portion of the Woodrow Wilson Bridge and the Capital Beltway. [WTOP, Twitter, Twitter]

New Details in Police Shooting — There are new details in the police shooting of a man near Columbia Pike last month. According to court records, Steven Best and his passenger “were involved in a drug transaction with a man outside a hotel.” Police then boxed in his van to make an arrest, but Best allegedly tried to flee, driving “forwards and backwards, striking multiple police cars,” leading to the shooting. Best’s family, which has questioned the police account of what happened, says they have a video of the shooting. [WJLA]

Housing Costs Still Rising — The average per-square-foot cost of an existing home in Arlington is now $475, an increase of 1.3 percent compared to last year and the highest such figure among Northern Virginia localities. [InsideNova]

Bishop Burbidge on World Refugee Day — Catholic Diocese of Arlington Bishop Michael Burbidge released a statement in honor of World Refugee Day yesterday, saying in part: “may we… stand with refugees and commemorate their courage, resilience and perseverance. May we always remember to ‘treat the stranger who sojourns with you as the native among you, and … love him as yourself, for [we] were strangers in the land of Egypt’ (Leviticus19:34).” [Arlington Catholic Herald, Twitter]

Food Truck Inspections — The Arlington County Fire Department has been performing inspections this week of food trucks that operate in Arlington. Officials have been specifically looking at fire suppression systems and the storage of cooking fuels. [Twitter]

END_OF_DOCUMENT_TOKEN_TO_BE_REPLACED

More Stories
Legal Review: Not Many Cheaters Out There — New I-66 TollBasic Burger Now Open in Pentagon Row