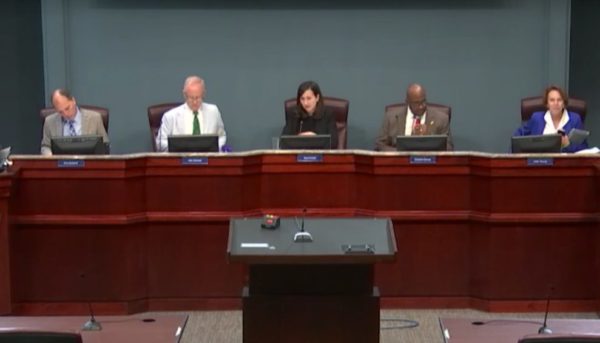 County attorney Steve MacIsaac clarified that the county is intervening on behalf of the Census Bureau in a different case than the one originally described in this article. We regret the error.

Arlington County is weighing filing a lawsuit targeting pharmaceutical companies over the opioid crisis, and intervening in a separate case as well to protect the Census Bureau’s practice of counting undocumented immigrants in population surveys.

The County Board voted unanimously last Wednesday (July 18) to move ahead with the legal action, after consulting with county lawyers behind closed doors.

The county is retaining the services of some outside lawyers to explore the possibility of joining dozens of other localities in suing drug manufacturers over fallout from the opioid crisis. Arlington recorded a 245 percent spike in patients seeking treatment for addiction to drugs like heroin and fentanyl from 2015 to 2017, and any lawsuit would seek to secure damages against pharmaceutical companies involved in flooding the market with prescription drugs that can often lead to addiction.

However, the Board would need to approve the specifics of any opioid lawsuit before the county moves forward with legal action.

The county also plans to lend its support to the Commerce Department in an ongoing federal case, after the state of Alabama mounted a legal challenge to the “resident rule.” The state is looking to ban the Census Bureau from counting undocumented residents in any count of an area’s population, as census data is used to determine boundaries of congressional districts and hand out federal money.

Arlington is joining with a variety of other localities to oppose that move, considering that the county has a large undocumented population. Census data show that Arlington had roughly 29,400 non-citizens living in the county through 2016. That was equivalent to roughly 13 percent of the county’s total population, one of the highest margins in the country.