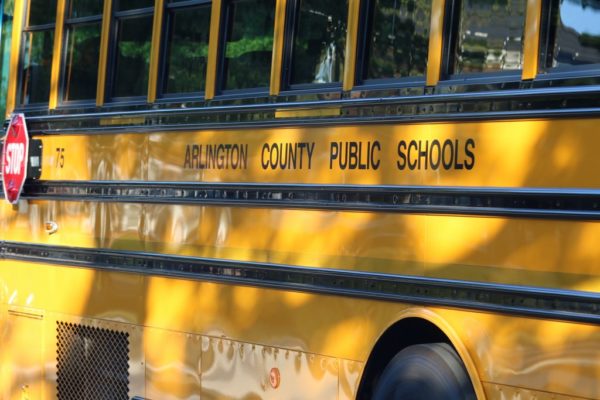 Arlington’s School Board is laying out more details as it prepares to redraw elementary school boundary lines this fall, identifying 11 schools set to see boundary changes ahead of the 2019 school year.

With the new Alice West Fleet Elementary School set to open in Arlington Heights next year, Arlington Public Schools needs to tweak boundaries for a variety of schools as ripple effects of the change spread throughout the county. The Board’s already been busy working with staff to sort out which schools should be “option” programs, accessible to students around the county, and plans to spend the next few months sorting out remaining boundary details leading up to a final vote this December.

While school leaders have discussed a variety of programs over the course of the year, today (Friday) Arlington Public Schools released the final list of elementary schools set to have their boundaries changed as part of this process. Those schools are:

Notably, that list does not include Carlin Springs or Nottingham Elementary Schools, even though APS staff previously suggested that the schools would be good candidates to be converted to option schools. However, APS says the schools’ boundaries will be reviewed as part of a fall 2020 boundary process, which will involve 14 schools in all.

Barcroft, however, is on the list after being recommended for a conversion to an option school.

The question of which schools will become, or remain, countywide option programs is sure to be one of the most contentious issues the Board wrestles with during the boundary process.

APS currently has five option schools at the elementary level: Arlington Traditional School and Campbell, Claremont, Drew and Key Elementary Schools. The rest are all “neighborhood schools,” which only accept nearby students who live within set boundaries.

The School Board has already agreed to move the county’s “Montessori” program from Drew Model School to Patrick Henry Elementary School for the 2019-2020 school year, with Drew changing to a neighborhood school, so at least one option site is guaranteed to change.

County staff have yet to offer any final recommendations on option schools, but in a preliminary analysis in May, they told the Board that Campbell, Carlin Springs and Henry Elementary Schools were all likely to earn their recommendation to either become or remain option sites.

Barcroft, Claremont and Nottingham Elementary Schools and the Arlington Traditional School were also cited as possibilities to fill the final two available slots for option schools, leaving Barcroft as the only school recommended for conversion on the list for the 2018 process.

But staff don’t plan to offer any final recommendations until sometime this fall, and will only do so after holding a series of public meetings on the process.

Staff will hold an open office hours session on the issue from 7-8:30 p.m. on Aug. 7 and the first community meeting on the topic on Sept. 26, both at Kenmore Middle School (200 S. Carlin Springs Rd.).

The Board plans to take a final vote on boundaries Dec. 6.

Officials also released the full list of schools set to be impacted by the 2020 boundary process, precipitated in part by the opening of the new building on the Reed school site in 2021:

“A school may be involved in both boundary processes, but a specific planning unit will only be impacted once to minimize the number of times that individual students who have continued to reside in a particular attendance area are impacted by the boundary change,” APS wrote in a release.