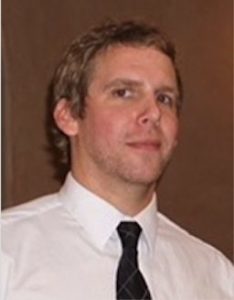 The owner of a vegetarian restaurant that was briefly open in Lyon Park died last month.

Bryan Francis Morrell passed away last Sunday (July 29), according to an obituary posted on a Fairfax funeral home’s website.

Morrell helped found Alt’s Vegetarian Restaurant, which opened this past spring and served up meatless burgers in a space at 2300 Pershing Drive.

A tipster told ARLnow that Morrell was dealing with health problems, but otherwise didn’t provide details on how he died. Representatives with Alt’s did not respond to a request for comment, and the restaurant has shut down after opening its doors in late March.

Morrell was born and raised in Fairfax, according to the obituary, and attended W.T. Woodson High School. After graduating from the University of North Carolina at Wilmington, Morrell worked for SAIC, in addition to founding Alt’s.

The obituary memorializes Morrell as “an avid environmentalist and wildlife enthusiast, sneakerhead and technology buff” and says he “will be missed for his stubborn, yet charismatic and humorous personality.” It added that Morrell helped champion the passage of a state law requiring that drivers over the age of 75 renew their licenses in person every five years, after his brother, Darren, was killed by an elderly driver in 2011.

Morrell is survived by; his parents, David and Cynthia; his brother, Matthew; and his “best friend,” Roxanne, according to the obituary.

The family is holding a private funeral, and urges anyone interested to send donations to the World Wildlife Organization in Morrell’s name in lieu of flowers.