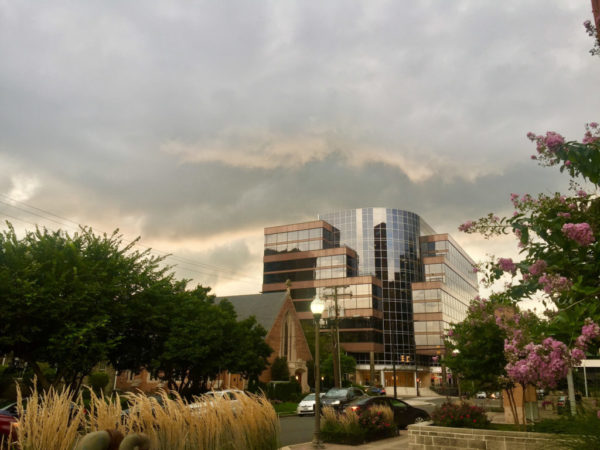 Georgetown Condo Development Could Further Stymie Gondola Push — Work seems to be moving ahead on an effort to redevelop a former Exxon station in Georgetown into 21 condos, which planners have long eyed as a key property in the development of a Rosslyn-Georgetown gondola. The development could further imperil a project already broadly viewed as a non-starter among Arlington’s leaders. [Urban Turf]

Rosslyn “Pop Up” Store Opens for Business — “The Alcove,” backed by the Rosslyn BID and a variety of other community partners, held a grand opening yesterday (Wednesday). Located at the corner of 19th Street N. and N. Moore Street in Rosslyn’s Central Place Plaza, the store will be open through end of September. [Twitter]

Arlington Food Assistance Center Looking for Fresh Produce Donations — The center is asking local gardeners and farmers for some help this summer, and will accept donations at three locations around the county. [InsideNova]