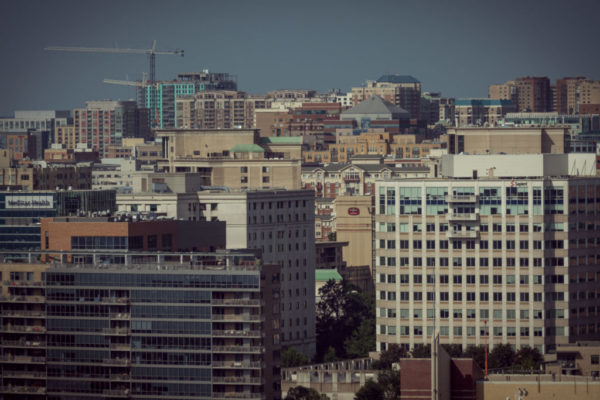 Hurricane Florence Update — The Tomb Sentinels at Arlington National Cemetery will remain on guard at the Tomb of the Unknown Soldier, as they have for 81 years, regardless of what happens with Hurricane Florence. However, according to forecasters, “there is no need to cancel outdoor plans, events, or travel in the Washington region this weekend” due to the hurricane. [Twitter, Capital Weather Gang]

Neighbors Still Peeved Over Salt Dome Plan — “This is an emergency caused by rust. I know Neil Young says rust never sleeps but it doesn’t move that fast,” said Michael Hogan, president of the Old Dominion Citizens Association, regarding the “emergency” plan for a temporary salt storage facility next to the deteriorating salt dome near Marymount University. “This is just a terrible land-use decision.” [Washington Post]

Living in Arlington On a $80,000 Salary — Not much of interest happens in this millennial money diary, set in Arlington, but there is this discussion of tea vs. coffee: “I drink my third green tea. I’m trying to drink less coffee, so today I’m trying tea instead, but this is not cutting it. To all those people who say green tea gives them as much energy as coffee — I’m calling shenanigans.” [Refinery 29]