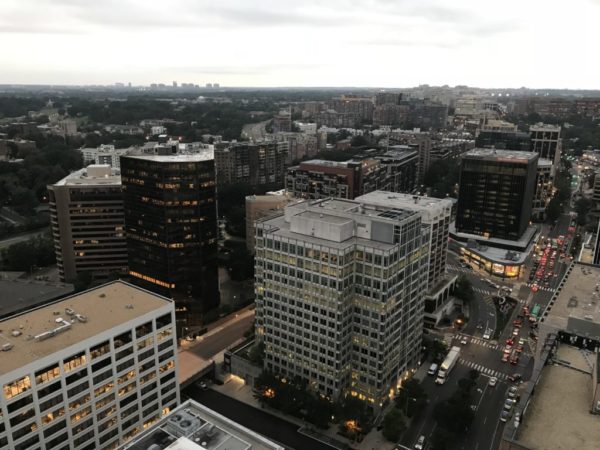 The Washington Post reports that Trump 2020 HQ could be located in Arlington, a departure from the 2016 campaign, which was headquartered at Trump Tower in New York City.

The campaign has not yet signed a lease on office space, but campaign manager Brad Parscale and other officials are looking at several Arlington options, including in Rosslyn, which boasts easy Metro access.

The move is not expected until after the Nov. 6 midterm elections, at which point Trump’s reelection campaign will begin ramping up in earnest, said the people, who spoke on the condition of anonymity because they were not authorized to publicly discuss the plans.

With its deep bench of political talent and proximity to the White House and Congress, Arlington has been a go-to spot for presidential campaigns. Among the notable campaign headquarters in the county:

Other candidates to set up shop in Arlington, according to a county press release from 2016, include Newt Gingrich, Ron Paul, Joe Lieberman and Mike Gravel.