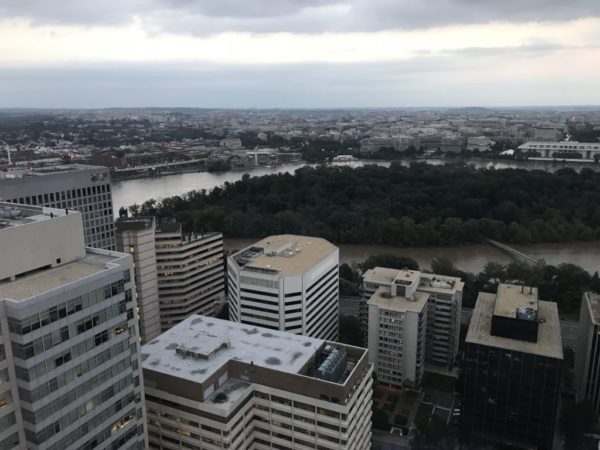 Arlington Losing Big Office Tenant — “BAE Systems Inc. is moving its headquarters to Falls Church as part of a consolidation of its Northern Virginia office space… The move will also further ding Arlington County’s office vacancy rate, which at the end of 2017 was 20.6 percent.” [Washington Business Journal]

Hazmat Situation at Kaiser Permanente — Arlington County firefighters responded to a hazardous materials incident at Kaiser Permanente in Falls Church yesterday. Five people were evaluated by medics and, of them, two were transported to the hospital. [WJLA, Twitter, Twitter]

Red Top Development Groundbreaking Nears — “The Shooshan Co. has teamed up with Trammell Crow Residential on the first phase of its planned Red Top Cab site redevelopment in Clarendon, with groundbreaking slated for early next year. The partners closed Sept. 29 on their acquisition from The Red Top Cab Co. founder Neal Nichols of several parcels along Irving and Hudson streets for a listed consideration amount of nearly $28.2 million, according to Arlington County’s Recorder of Deeds.” [Washington Business Journal]

RIP Lance Newman and Tim Wise — Two notable Arlingtonians have died: “Tim Wise, the longtime president of the Arlington County Taxpayers Association, died Friday in Fredericksburg after a 10-month battle with cancer and heart trouble… Lance Newman, one of four black students who in February 1959 began attending a previously all-white middle school in Arlington… had died after a short illness.” [InsideNova]

ACSO Launches Breast Cancer Awareness Campaign — “Breast cancer hits close to home for the Arlington County Sheriff’s Office, which has launched a campaign to raise awareness about early detection and preventative care. Over the last six years, two employees at the county’s sheriff’s office have been diagnosed with breast cancer.” [WUSA 9]

Forum Planned to Discuss Accessory Dwellings — “A forum looking at current regulations related to accessory-dwelling units in Arlington will be held on Monday, Oct. 15 at 7 p.m. at Central Library. Speakers will discuss how changes made to the county’s housing ordinances in 2017 impact the regulatory process, and will look at whether further changes are needed.” [InsideNova]