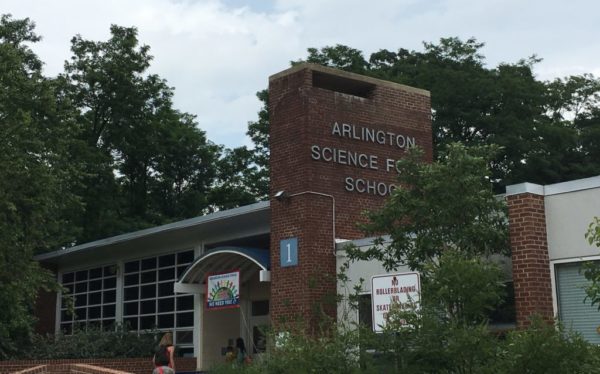 County school officials are reassuring nervous parents at Arlington Science Focus School that a state-of-the-art science lab, built thanks to nearly $200,000 in private funding, will be included as part of a controversial building swap with the Key Immersion School in the next few years.

Arlington Public Schools is still sorting out the logistics of the move, which is designed to ease overcrowding at both buildings and address the fact that ASFS is the only neighborhood school in the county to sit outside its own attendance boundaries. The school system has yet to even nail down an exact timetable for the swap, with the change on tap for either 2020 or 2021.

But the building swap is already prompting criticism from parents, including several who have spoken at recent School Board meetings to register their frustration with the process. Superintendent Patrick Murphy has said he does not intend to seek the Board’s approval for the change, arguing it’s within his power to authorize the change on his own.

Among the issues raised by parents is what will become of the ASFS “Investigation Station,” a science lab the school added in 2015. The school’s Parent-Teacher Association successfully raised more than $177,000 to fund the lab over the course of a year, and was described by the school system at the time as a tool for students to “explore the natural world with the aid of hands-on learning tools and cutting-edge technology.”

While there are plenty of details left to be worked out about the swap, APS spokesman Frank Bellavia told ARLnow that “Board members and administrators have assured ASFS staff and families that we recognize that moving equipment and other teaching materials will be inherent in any building move for both schools.”

It remains unclear, however, just how the process of swapping the buildings will actually work. APS has yet to work up a cost estimate for the process, and Bellavia said that “it’s still too far out” to know how much work on each building will be required to retrofit each school’s equipment to its new home.

“Questions about the building swap will be addressed as part of the community engagement plan that will be developed and shared with the community in January 2019,” Bellavia said.

In a memo from APS staff in response to School Board questions on the swap, staffers suggested that the school system could “refresh” each building ahead of the change, rather than shelling out for a full renovation.

Notably, Key’s current building has room for about 100 more students than ASFS, and school officials plan to add additional trailers at the Science Focus site to make up for the difference. The staff memo also notes that ASFS’ “two science classrooms will be converted back for regular classroom use” ahead of the swap.

Superintendent Patrick Murphy reassured parents at the Board’s meeting last Thursday (Oct. 4) that APS would continue to engage with the community about the issue. But the school system is also hoping to sort through its contentious elementary school boundary process first, meaning that more detailed discussions of the Key-ASFS swap will have to wait until next year.

“There still needs to be a lot more information and perhaps background around the rationale for the recommendation and I know staff will be doing that from late winter into the spring,” Murphy said.