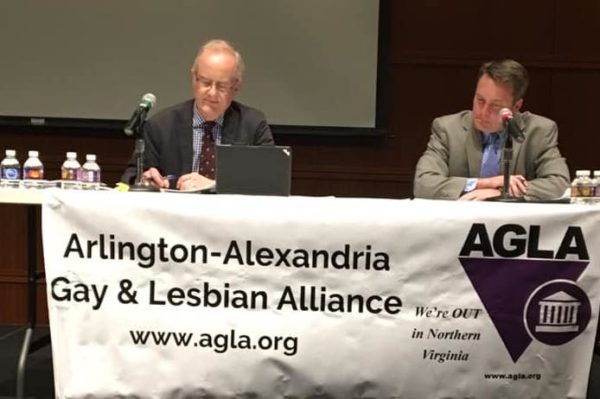 Independent County Board member John Vihstadt managed to pull in more cash contributions than Democratic challenger Matt de Ferranti over the final month of the race, but de Ferranti has kept his campaign afloat financially thanks to hefty loans from both himself and his mother.

Vihstadt, the first non-Democrat to win a seat on the Board since 1999, raised about $27,400 from Oct. 1 through Oct. 25, according to campaign finance documents released yesterday (Monday). De Ferranti pulled in about $21,100 over the same time period, after quite narrowly out-raising Vihstadt over the course of September.

De Ferranti also donated $3,500 directly to his campaign, though that was far from his largest contribution for the fundraising period. The Leaders in Education Fund, the political giving arm of the advocacy group Leadership for Educational Equity, cut de Ferranti another $10,000 check after previously doing so last month.

None of Vihstadt’s contributions were more than $1,000 each. However, Steve Harris, the owner of the Arlington-based Mr. Wash Car Wash chain, did chip in a total of $2,000 to the campaign over the course of October, the documents show.

The incumbent, who’s seeking his second full term on the Board after winning a special election and then the general against Alan Howze in 2014, also bested de Ferranti when it came to small-dollar donations. Vihstadt notched 72 contributions of $100 or less, for a total of $4,425, while de Ferranti managed 55 for a total of $2,943.

The Democrat has also managed to spend down the bulk of his campaign account, shelling out nearly $124,500 in the last month alone. He now has about $10,850 left for the campaign’s remaining days.

Vihstadt’s spending was also in the six figures for the final month — he reported about $111,650 in expenses — but his larger campaign war chest means he still has about $58,300 left in the bank.

The independent incumbent has now marshaled just over $212,598 to support his re-election bid. De Ferranti’s total is slightly behind that at around $203,100, but that includes the $53,000 in loans he and his mother have provided to the campaign. Records do not show any loans made to Vihstadt’s campaign.

Voters will decide the lone County Board race on the ballot next Tuesday (Nov. 6).