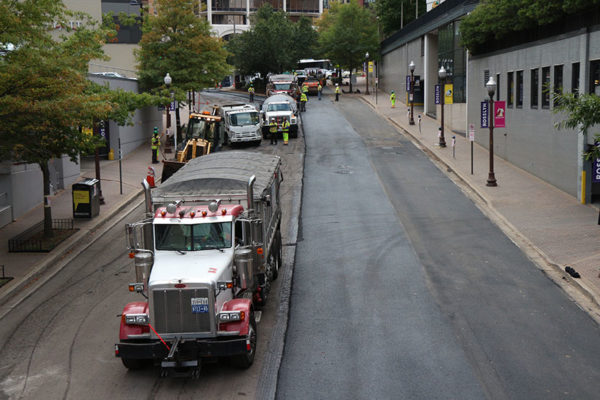 It was an exceptionally rainy summer in the D.C. area, but Arlington County was nonetheless able to complete all of its planned street paving.

By contrast, the Town of Vienna reported earlier this week that it was unable to complete $100,000 worth of paving this year due to inclement weather.

Arlington has been playing catch-up on street paving over the past few years after paving as few as 25 lane miles per year around the turn of the decade, leading to a deterioration of local road conditions.