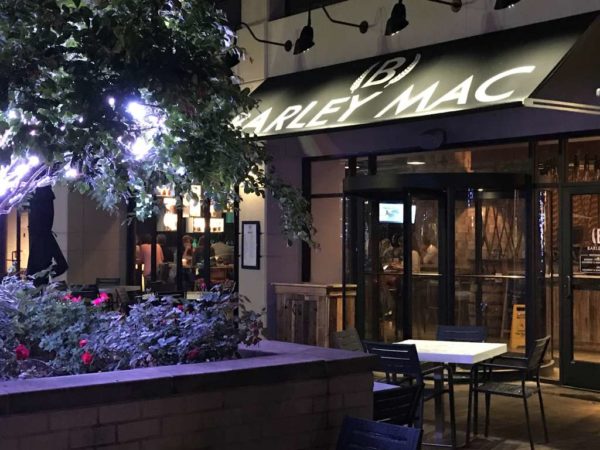 Barley Mac is earning high marks from diners these days for perhaps the best possible reason — one patron says a waiter at the Rosslyn restaurant saved her life a few months back.

A woman with the Yelp username “Taylor E.” posted a review of the eatery last Thursday (Nov. 1), awarding Barley Mac a full five stars not only for a quality meal, but in commemoration of the time a server at the restaurant saved her from choking on a particularly large piece of cauliflower.

“I immediately stood up and began to choke, needing immediate [Heimlich] assistance,” she wrote. “The waiter immediately ran to me and gave me the proper assistance and saved me from passing out. He was so helpful and really was prepared for the situation at hand.”

Milos Mihajlovic, now a manager at Barley Mac, says he remembers the incident quite well — after all, it isn’t often he gets a chance to save a life. He estimates it happened around lunchtime five or six months ago, when he was still waiting tables at the restaurant.

“I was taking care of another table right next to it, and everyone stepped away from the table and started screaming,” Mihajlovic told ARLnow. “The girl was in tears and her friends were yelling that she couldn’t breathe.”

Luckily, Mihajlovic once worked as a lifeguard, so he says he was no stranger to the Heimlich maneuver. Between that and the training he received upon starting at Barley Mac, he says he was able to get Taylor breathing again after just a few seconds.

“It was this huge piece of cauliflower that got stuck in her throat,” Mihajlovic said. “She started crying after that and was so thankful… and all her friends left a very generous tip.”

Mihajlovic says he’s even seen Taylor return to the restaurant since that fateful day, so it would seem the incident hasn’t dissuaded her from returning to Barley Mac. He adds that it’s not exactly commonplace to need to leap into action as he did with her, but he’s been sure to be vigilant ever since.

“We always tell our servers to always it have on their mind that if something like that happens, you need to be there to help,” Mihajlovic said.