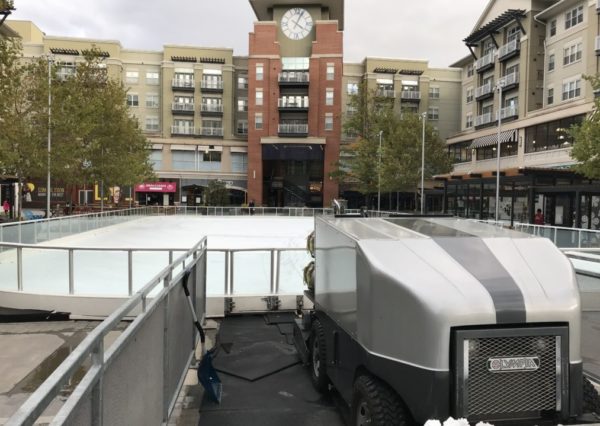 Crystal City Business Owners Ready for Facelift — “[Crystal City’s] reputation is sufficiently anemic that Amazon announced it is rebranding the area where it will build its hub ‘National Landing,’ a change that aroused next to no protests from most local proprietors. ‘Whatever Jeff Bezos wants is fine with me,’ said Billy Bayne, owner of the Crystal City Restaurant Gentlemen’s Club, referring to Amazon founder and chief executive Jeffrey P. Bezos, who owns The Washington Post. ‘I’m just happy he’s here.'” [Washington Post, Greater Greater Washington]

Calls for More Housing — The arrival of Amazon has prompted some urbanists to start calling for upzoning and the creation of more housing density, including in wealthier neighborhoods. [Twitter, Twitter]

More on New VT Campus in Alexandria — “When fully realized, the $1 billion Innovation Campus, which includes state support, will spark discoveries and help fill immense demand for high-tech talent in the greater Washington, D.C., area and beyond. The Commonwealth of Virginia and Virginia Tech have committed to provide $250 million each to seed the project.” [Virginia Tech]

Get Ready for Snow — Arlington is expected to get its first snowfall of the season Thursday, with up to an inch of snow and sleet falling Thursday morning before changing to rain. Forecasters, meanwhile, are calling for a snowier than usual winter, with up to two feet of snow falling inside the Beltway over the course of the season. [Capital Weather Gang, Twitter, Capital Weather Gang]

‘Doug the Scammer’ is Now in Arlington — A notorious scammer has apparently crossed the river from D.C. and is now trying to scam people in Arlington. His latest targets: restaurants in Courthouse. [PoPville]

Suicide on Roosevelt Island — The brother of a D.C. man arrested on weapons charges and accused of saying that “the 11 victims of the Pittsburgh shooting ‘deserved it'” shot himself on Roosevelt Island on Saturday, Oct. 27, hours after the massacre at the Tree of Life synagogue. [Washington Post]

What Amazon Employees Are Reading — Amazon employees are very interested in reading ARLnow articles about Amazon, but the most-read story on the site among Amazon workers over the past week is about the opening of Bethesda Bagels in Rosslyn. [Twitter]