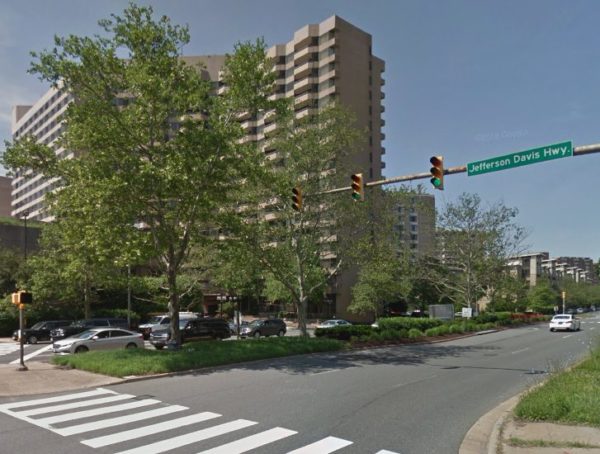 Arlington officials are gearing up once more to ask state lawmakers for permission to change the name of the county’s section of Jefferson Davis Highway, and adopt Alexandria’s new chosen moniker for the road.

The County Board will review its legislative agenda for the upcoming General Assembly session for the first time tomorrow (Nov. 17), sketching out a host of priorities they hope the county’s representatives in Richmond will fight for when the legislature reconvenes in January. The county has long hoped for the state’s permission to change the name of Route 1, but Alexandria’s move to rename its section of the road “Richmond Highway,” when combined with Amazon’s impending arrival in Crystal City, could well lend new urgency to the effort.

Virginia law bars localities from assuming powers that aren’t specifically ascribed to them by the state code — a principle commonly referred to as the “Dillon Rule” for a notable court case on the matter — and that means the county doesn’t have the ability to change the highway’s name without the General Assembly’s permission.

But Republicans have consistently blocked any efforts to give Arlington the authority it needs to strip the former Confederate president’s name from the highway. Most recently, State Sen. Barbara Favola (D-31st District) introduced a bill to do so earlier this year — that measure was killed on a party-line vote in a Senate committee.

This time around, Arlington could specifically ask lawmakers for permission to “rename the section of Jefferson Davis Highway that runs through the county with the same name adopted by an adjacent jurisdiction,” in a nod toward Alexandria’s June vote to rename the highway. As a city instead of a county, Alexandria has a bit more latitude on the matter.

Republicans still hold narrow majorities in both the House of Delegates and the Senate, however, meaning that any name-change effort will face an uphill battle once more. Amazon’s decision to locate its new headquarters in the exact section of Arlington that’s home to Jefferson Davis Highway could prove to be a complicating factor, though.

Gov. Ralph Northam frequently made the state’s “inclusivity” a key part of his pitch to the socially conscious tech giant, and many Arlingtonians have pointed out the incongruity of Amazon’s public positions on social issues with a new headquarters sitting in the shadow of signs tied to the state’s legacy of slavery.

How long until Amazon realizes that “Jefferson Davis Highway” runs thru the heart of Crystal City? pic.twitter.com/sSL0eVKUnU

The County Board is set to open up the legislative agenda for a public hearing at its Dec. 17 meeting, then sign off on the document soon afterward. Other notable proposals include a renewed push to issue driver’s licenses to non-citizens, the expansion of renewable energy initiatives and the maintenance of last year’s dedicated funding deal for Metro.

END_OF_DOCUMENT_TOKEN_TO_BE_REPLACED

More Stories
‘Common Ground’ Food Hall in Rosslyn Pushes Opening to Next SpringWWBG: This Weekend at Dominion Wine and Beer