Several Arlington startups have made an appearance on Deloitte’s top 500 fastest growing technology companies in 2018.

The annual “Fast 500” list looks at companies developing everything from entertainment to biotech nationwide. Overall, the survey found that the fastest growing industry sector was software, accounting for 64 percent of the total tech company growth over the last year. On the list were four Arlington software companies: Distil Networks, Mobile Posse, Fonteva, and Higher Logic.

The highest on the list was Distil Networks, ranked at number 131.

Distil Networks is a bot mitigation network that scans incoming data to filter out “bad bot” traffic hiding among the human and “good bot” information streams. The aim is to protect websites from data mining, spam and fraud.

“Founded in 2011, Distil was at the forefront of the bot problem before bots were part of everyday discourse, particularly surrounding social media and election meddling,” said Tiffany Olson Kleemann, CEO of Distil Networks. “We’re the experts at protecting websites, mobile apps, and APIs from automated attacks. We’re honored to be listed among so many esteemed and innovative companies solving some of today’s most challenging security and business problems.”

Over the last year, the company saw 872 percent growth. The company is located in Ballston at 4501 N. Fairfax Drive.

The next highest was Mobile Posse Inc. at number 237. Mobile Posse develops non-intrusive advertising on mobile devices, which delivers messages to locked screens and home screens. The company works with major North American phone carriers like Verizon Wireless and AT&T. 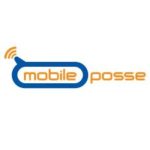 “Our experts at Mobile Posse are dedicated to creating new and innovative solutions to put the content people love at their fingertips,” said Jon Jackson, Founder and CEO of Mobile Posse, via email. “The ‘Fast 500’ is an award that punctuates our belief that we are moving into a new era of mobile content discovery, one where innovative solutions make it simple and easy for smartphone users to thrive and win.”

Jackson said one of the biggest events for the company over the last year was the launch of Firstly Mobile, a new platform that allows advertising content to be placed on the home screen and be accessible by swiping. The new product aimed at making advertising as “frictionless” as possible. 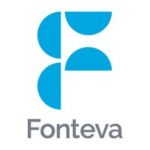 At 286th on the list is Fonteva, a company that sets up membership software for associations and organizations.

“It is an honor to be recognized among so many talented companies,” said Jerry Huskins, Fonteva CEO and co-founder, in a press release. “Our past, present and future is a testament to the passion and engagement of our employees, customers, and partners. This combination is a force to be reckoned with and has resulted in a business with products that make us incredibly proud.”

Over the last year, Fonteva saw 291 percent growth. The company is located in Ballston at 4420 N. Fairfax Drive.

Higher Logic, a cloud-based engagement platform, sits at 348 on the list. The company offers organizations new ways to set up online communities and automate marketing.

The company, located in Rosslyn at 1919 N. Lynn Street, saw 228 percent growth over the last year.