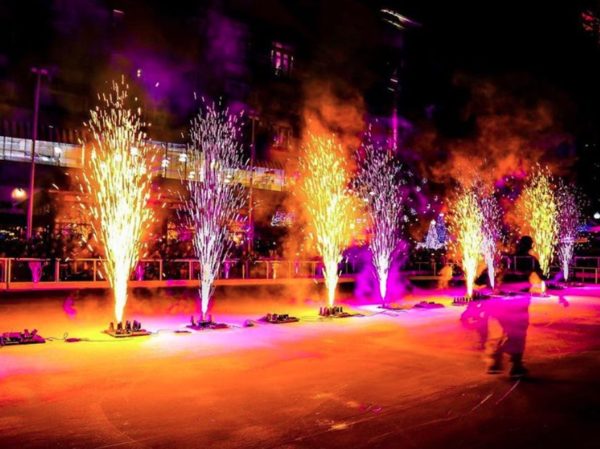 Police Investigate Stabbing Near Alexandria Border — Updated at 2:45 p.m. — Arlington County Police are investigating a stabbing that happened last night at S. Arlington Ridge Road and S. Glebe Road. The incident, which started when the victim asked for help finding a ride, was initially believed to be a shooting, but was later determined to be “the result of a sharp weapon.” The victim was found with non-life threatening wounds just across the border in Alexandria. [Twitter, ACPD]

Major Redevelopment in Rosslyn — The Dittmar Co. has filed a preliminary site plan to redevelop the Holiday Inn hotel in Rosslyn, building 26- and 38-story towers housing 490 apartments and 327 hotel rooms. The proposal includes a 6,000 square foot event space on the top floor of the taller tower and the demolition of a skybridge crossing Fort Myer Drive. [Washington Business Journal]

November Sets Weather Record — Last month was the wettest November on record for the Washington area. It was also the second-wettest meteorological fall on record for the area, according to the National Weather Service. [Twitter]

Police Searching for Missing Man Last Seen in Georgetown — Police are still looking for David Stern, a D.C. accountant last seen at Dixie Liquor on M Street in Georgetown. The 29-year-old, who is engaged to be married, hasn’t been seen since buying a bottle of Crown Royal at the store this past Tuesday. [Fox 5]