As the brewery scene becomes more and more hyper localized, there are a select few that transcend that and reach national appeal. Founder and head brewer Adam Goodwin has had his hand a couple of these breweries on his way to opening up Charles Towne Fermentory (CTF) in 2016.

Picking up experience from Tired Hands Brewing, Philadelphia, and as founder and head brewer of Trillium in Boston, Goodwin, alongside partner Justin Slotnik, started his own project to focus his beer around quality and simplicity. They set up shop in the the old Lyerly’s Dry Cleaning building brewing on a 15-barrel system, which is a major scale reduction from Trillium, who houses 30 barrels at just one of their locations. Reason being, smaller production scale gives Goodwin the freedom to experiment more, while still allowing his large production experience to shine through.

Brewing on a limited system means that CTF originally only allowed customers to fill growlers at the brewery to take home, adding crowlers and cans over their two years of business. Their limited production also means CTF has to be selective with where they send their liquid, and we are thrilled be featuring their beer for the first time! 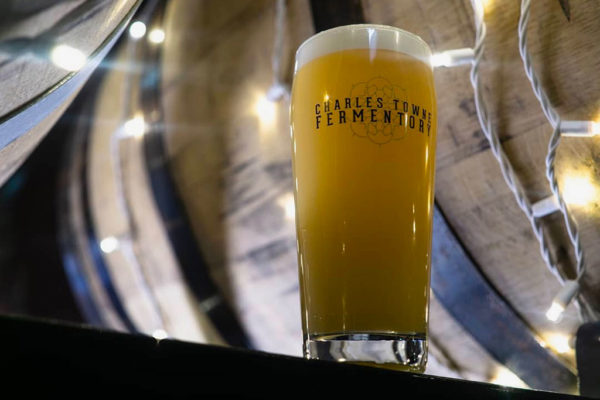 Crazily crushable, tremendously tropical, brilliantly balanced, Charles Towne Fermentory shows what they are about with these two beers.