The founder of a small, Ballston-based healthcare startup says breaking things is his company’s key goal.

Algernon Solutions is a consulting firm working with behavioral healthcare providers to improve the use of their patient databases, thus enabling physicians and their support staff to provide a better standard of care.

In order to that, things have to be broken, said Jeff Cubeta, the company’s founder.

“We just go screw things up, break things and build them better,” he said. “There are lots of people in pain out there; there are people who are suffering despite all the best efforts and we can’t really reverse the tide.”

Cubeta and his chief engineer, Michael Schappacher, are both behavioral health practitioners, so creating a company focused on that field is fitting. They believe that means they understand their clientele and speak their same language, making problem solving easier. 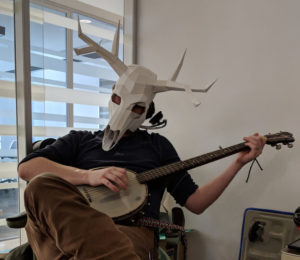 He and Schappacher are the company’s two employees, Cubeta said, but in a sense there’s a third “employee,” named Algernon.

Algernon is not a who but a what; the firm refers to its Clinical Intelligence Platform (CIP) as Algernon.

“Algernon was our attempt to fix the most pressing problems we saw in our daily practice,” Cubeta said. “None of those problems stemmed from the actual treatment [of patients] but from the information and the workflows around it.”

Algernon can be thought of as a giant sponge, absorbing information from data sources such as Electronic Health Records (EHR) systems.

“We don’t build EHRs, we make them better,” said Cubeta, adding that there are already plenty of health records and data systems out there: some bad, some good.

“We don’t have any direct competitors,” he said, adding that it took a “fair bit of looking,” to find a company offering similar services.

Algernon Solutions relocated from Fairfax County to Arlington because of its proximity and luxury office spaces.

“It’s the first time I’ve had an office with windows,” Cubeta said of the firm’s Wilson Boulevard location in the TechSpace co-working offices. “We’re fresh out of the box.” The company celebrated its first anniversary on Dec. 6. 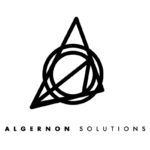 There are quite a few reasons tech startups choose Arlington, including the variety of office space options, said Christina Winn, director of business investment for Arlington Economic Development.

Cubeta said Arlington’s proximity to its Washington, D.C.-based clients is another perk.

There are also a number of research agencies in Ballston, and the county more broadly, Winn said.

Many clients and potential clients incorrectly assume the name “Algernon Solutions” is taken from a fictional book about a pharmaceutical company researching treatments for the mentally disabled, Cubeta said. “Flowers for Algernon,” by Daniels Keyes, is controversial but acclaimed, and required reading in many public secondary schools.

“They kept saying, ‘the flowers’ and we were like, ‘what’s the flowers?'” Cubeta said. “They said, ‘you should go read it because everyone in the world is going to think you named this company after the book.’ It turns out they were right.”

Cubeta and Schappacher say the goal is to one day have pharmaceutical companies as clients. For now, Cubeta said, the focus is on behavioral healthcare providers.

Photo of Algernon founder Jeff Cubeta and logo both via Algernon