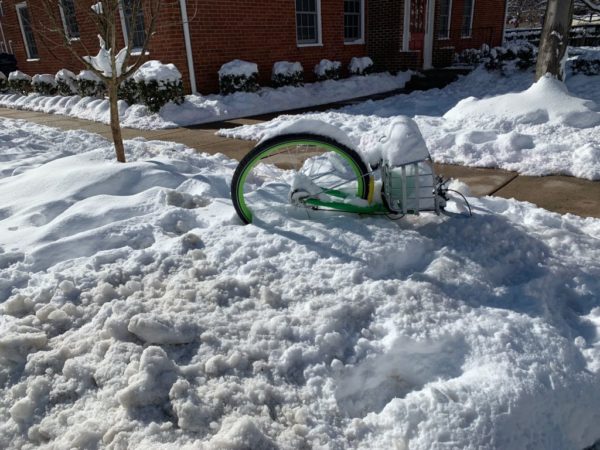 Housing and the County Budget — A new Greater Greater Washington article explores ways to add new housing at a time when Arlington County is facing a serious budget gap. [GGW]

Trails Treacherous for Cyclists — Despite efforts to plow local trails, many stretches in Arlington were still icy or snow-covered yesterday. [Twitter]

Fraser Among Those Called By Scammers — Arlington resident and local media personality Sarah Fraser was among those to be called by the scammers posing as ACPD. [Twitter]

A Modest Proposal for Stop Signs — “Close observation of local driving practices confirms the view that stop signs have become irrelevant, since no one obeys them. The closest drivers come is to slow and then slide through the intersection. It would be a cost-saving measure if Arlington County were to remove all its stop signs and replace them with ‘Yield’ signs.” [InsideNova]

Stuck School Bus in Maywood — “#ArlingtonVA school bus stuck this am on N Fillmore St & 23rd St. N 3 days *AFTER* the snow! This hill on Fillmore is NEVER timely plowed or cleared. Do not put children at risk! Can @ArlingtonVA please clear this street.” [Twitter]