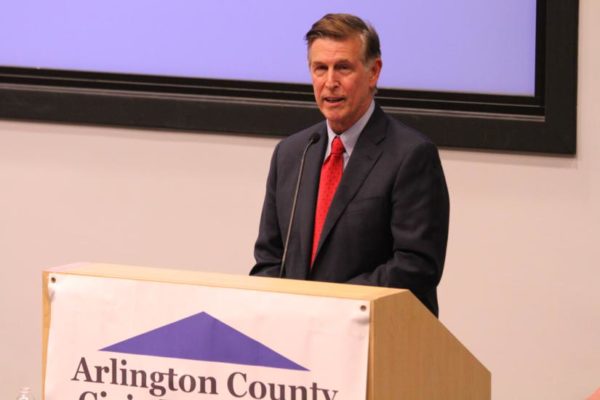 (Updated at 12:15 p.m.) Rep. Don Beyer (D-8th District) is planning a town hall in Arlington tonight (Thursday), in order to collect feedback on everything from the government shutdown to his plans for the new Congress.

Beyer’s set to hold the gathering at Yorktown High School (5200 Yorktown Blvd) tonight, running from 7-8:30 p.m. Though Arlington Public Schools have since canceled all after-school activities due to the threat of winter weather tonight, a spokesman for Beyer says the event is still on.

The county’s lone congressman convened the gathering to “discuss the issues on your mind, and what I’m doing in Congress,” according to an event posting.

The shutdown, now the longest in the country’s history, will likely be a prime topic of discussion, especially considering the adverse economic impacts it has had on so many federal workers in the district. A recent study found that the 8th, which covers Arlington and parts of Alexandria, has the largest number of federal employees in the country.

Beyer will also be able to use the town hall as a chance to solicit feedback on his plans in Congress for the next two years, as Democrats assume control of the House for the first time since Beyer won office in 2014.

He previously told ARLnow that he broadly hopes to focus on environmental issues, particularly oversight of President Trump’s picks to head the Environmental Protection Agency, and on securing new funding to combat aircraft noise around Arlington.