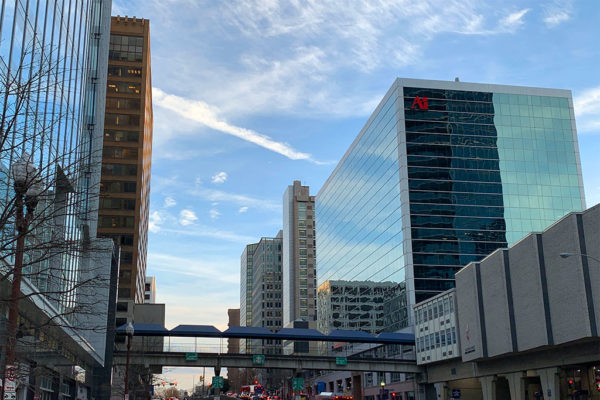 Longtime Election Director Retiring — “Linda Lindberg, who has served for 16 years as elections chief in Arlington, on Feb. 2 formally announced she would not seek re-appointment and would retire over the summer. The move had been expected, and Lindberg’s service drew praise from members of the Arlington Electoral Board.” [InsideNova]

Northam Signs HQ2 Bill — “Amid fallout over a racist photo, Virginia Gov. Ralph Northam has signed legislation which would carry out the state’s promise to Amazon for up to $750 million in incentives if it creates almost 38,000 jobs at its new Arlington County headquarters.” [Washington Post, Washington Business Journal]

Board Wants Project Labor Agreement for HQ2 — “[Arlington County Board member Katie] Cristol says that Northern Virginia is working on protecting labor during Amazon’s forthcoming development of Crystal City through what’s called a project labor agreement, which is a legal document that establishes the terms and conditions for employment on a construction project before it solicits bids.” [DCist]

Road Closures for 5K Race — “The annual Love the Run You’re With 5K will take place in the area of Pentagon City on Sunday, February 10, 2019. The Arlington County Police Department will implement [a number of] road closures to accommodate the race.” [Arlington County]