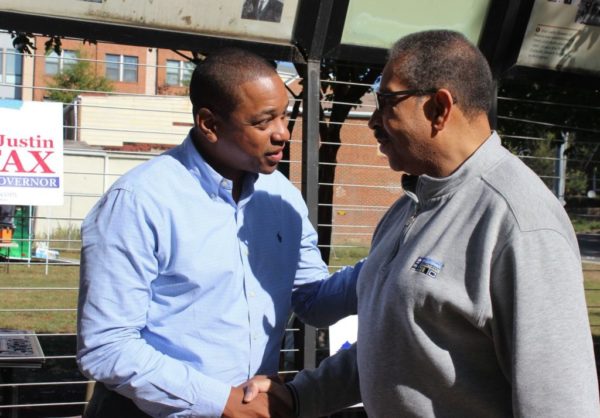 (Updated at 9:30 p.m.) Arlington Del. Patrick Hope (D-47th District) now says he’ll introduce articles of impeachment to remove Lt. Gov. Justin Fairfax from office on Monday if he doesn’t step down, now that another woman has come forward to accuse the second-most powerful Democrat in the state of sexual assault.

Hope announced the move tonight just a few hours after Meredith Watson accused Fairfax of raping her when the pair attended school together at Duke University in 2000. She wrote in a statement that the details of her assault mirrored those laid out by Vanessa Tyson, who previously said that Fairfax assaulted her in a Boston hotel room in 2004.

On Monday, I will be introducing articles of impeachment for Lt. Governor Justin Fairfax if he has not resigned before then.

Democrats had been hesitant to call for Fairfax to step down since Tyson’s statement, but pressure is now mounting for the lieutenant governor to step aside. Friday night, the state House and Senate Democratic caucuses released a joint statement, urging Fairfax to resign.

"Due to the serious nature of these allegations, we believe Lieutenant Governor Fairfax can no longer fulfill his duties to the Commonwealth. He needs to address this as a private citizen. The time has come for him to step down."

“Lt. Governor Fairfax has also shown exceptionally poor judgment in his handling of these allegations,” Beyer and Reps. Gerry Connolly (D-11th District), Elaine Luria (D-2nd District), Abigail Spanberger (D-7th District) and Jennifer Wexton (D-10th District) wrote in a statement. “He repeatedly attacked his accuser, he reportedly used vile and degrading language to describe her, he mischaracterized an investigation into the encounter, and he sought to blame others for events in his own past. These actions do not meet the standard to which we hold Virginia’s highest elected officers.”

For now, it would seem Fairfax is resisting pressure to step aside.

Gov. Ralph Northam (D) has been similarly steadfast in the face of calls to resign over a racist photo on his medical school yearbook page, writing an email to state employees today saying he does not plan to step down. The fate of Attorney General Mark Herring (D) is also unclear, after he revealed he wore blackface while in college.

Earlier today, Hope posted a video on Twitter urging Northam and Herring to learn from their experiences, but stopped short of demanding their resignations. He’d previously supported calls for Northam to step down, but was silent on Herring, who he previously endorsed in Herring’s early stages of mounting a campaign for governor in 2021.

Hope said in the video that he believed Fairfax’s first accuser and thought an investigation was necessary.

Around 9 p.m. Friday, Hope held a press conference in front of Arlington Central Library in Virginia Square, laying out his case for the impeachment of Fairfax, should he refuse to resign. The press conference was attended by CNN, CBS, NBC and local D.C. stations.