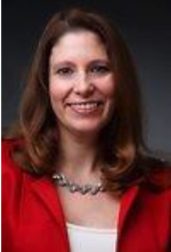 Elizabeth Crocker is stepping in as the new executive director of the Clarendon Alliance, an organization that advocates on behalf of local businesses and manages a variety of Clarendon events, the group announced yesterday (Wednesday).

Crocker steps in to replace Matt Hussmann, who headed the group since 2011 before stepping down last fall. He’s since taken over as the new manager of the Arlington County Fair.

“As a native Arlingtonian, I am excited to have this opportunity to work for a neighborhood that I love,” Crocker wrote in a statement. “I look forward to promoting Clarendon businesses, strengthening relationships throughout Arlington, collaborating with old and new partners, and creating innovative events for the community.”

According to a news release, Crocker has worked in a variety of leadership positions at nonprofits and lobbying groups around D.C., and held positions in the White House, Congress and a variety of federal agencies.

She’s also helped organize events including the Wolf Trap Ball and the Jane Goodall Global Leadership Awards, which will surely come in handy as she works on the group’s premier event of the year: Clarendon Day, which is held each fall.

“Elizabeth brings a wealth of experience in special events, fundraising, membership, and economic development,” Scott Pedowitz, president of the Clarendon Alliance’s Board of Directors, wrote in a statement. “She joins us during an exciting time of transition for our organization, and we are looking forward to working with a leader of her caliber.”

Crocker plans to spend the next few months reaching out to “community stakeholders” and crafting a new strategic plan for the Alliance, the release said.

But she won’t have a big parade to handle right off the bat — Crocker says the neighborhood’s annual Mardi Gras events won’t be happening this year.

Photo courtesy of the Clarendon Alliance