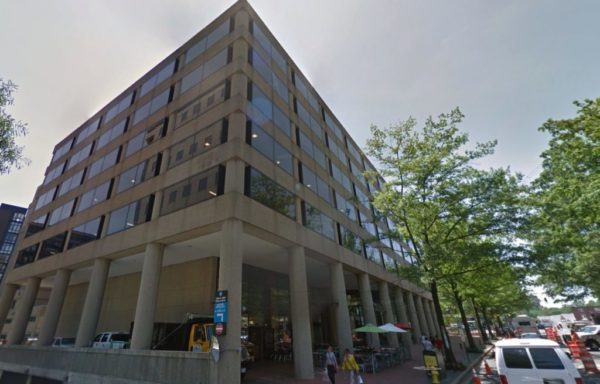 Argosy’s parent company, Dream Center Education Holdings, has been in serious financial trouble ever since it starting working to acquire Argosy, the Art Institutes and South University. It recently entered into receivership, essentially declaring bankruptcy, and has now run into problems with federal loan money.

The U.S. Department of Education recently revealed that it sent millions in aid cash to DCEH, but Argosy failed to turn over any money left over after students’ tuition is covered. In all, that worked out to about $13 million, which students usually rely on to cover living expenses.

Federal officials say they aren’t sure what DCEH has done with the money, and could cut off all of Argosy’s access to federal aid cash going forward.

DCEH would not say when it might send the aid money along to students, but it did confirm that students at the Rosslyn campus (located at 1550 Wilson Blvd) have been affected by the discrepancy.

“We are working day and night to secure the release of funds from the Department of Education owed to students of Argosy University for federal financial aid,” Mark Dottore, the court-appointed receiver for DCEH wrote in a statement to ARLnow. “These are funds that both belong to these students and, in many cases, are critical to them.”

Dottore was also adamant that the Argosy campus in Rosslyn will remain open and “there are no plans to close the campus.” DCEH recently shut down all of its Art Institute locations, including the Rosslyn campus, in July, and officials in other states have warned Argosy students to prepare for imminent closures of the campuses.

“The university remains committed to providing our students with a quality education that makes an impact in their lives and the lives of others,” Dottore said.

But that leaves many students, including the roughly 500 students attending the Rosslyn campus, a bit stuck while Argosy gets its affairs in order. The Education Department says it plans to cancel student debts for the current spring semester, but anyone relying on the loan money to afford rent or other living expenses will be out of luck.

One concerned mother, who declined to use her name given the sensitivity of the matter, says her son, Joshua, is waiting on $9,000 from Argosy to afford the basics like rent and food. He enrolled in the Rosslyn’s campus doctoral program for psychology last fall, and is relying on a loan from his parents just to stay afloat.

She points out that her son left a full-time job to pursue a degree from Argosy, as do many students attending the school, and doesn’t feel he has much time left to wait before trying to return to the workforce.

“Argosy and its administration have strung him and all the students along with false hope and empty promises,” she wrote in an email. “He trusted the program and the school. He aspires to have a career as a psychologist so he can help others and those in the DMV community who suffer mental health issues. We have no idea what to do… and many are in the same boat.”

Dottore is set to report more details on DCEH’s finances in the coming days, but he’s already said he suspects that Argosy used the loan cash to cover staff salaries instead of sending it to students. If that’s the case, federal officials could revoke all of Argosy’s access to loan funds, which could force the university to shut down.