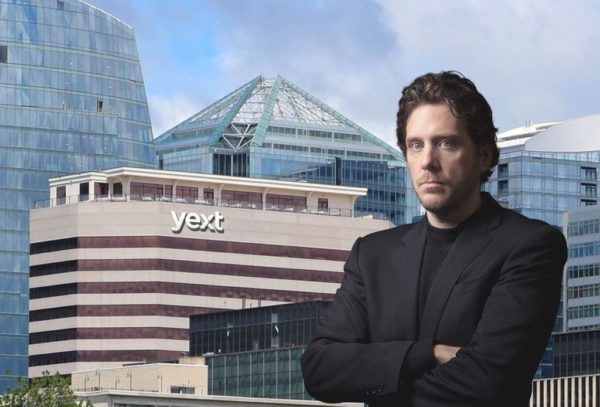 A New York-based tech company just announced a major new expansion in Rosslyn, with plans to bring 500 jobs to the county over the next five years.

Yext rolled out plans yesterday (Thursday) to lease a 42,500-square-foot office space at 1101 Wilson Boulevard. The company will occupy the top three floors of the building, and will help slash the office vacancy rate in Rosslyn, a persistent problem over the last few years.

Yext produces data management software for companies looking to manage their online presence, helping brands as large as T-Mobile and Ben and Jerry’s track and upload location information to directories across the web.

Company founder and CEO Howard Lerman, a Virginia native himself, says the move will help fuel his firm’s ongoing expansion efforts in the D.C. metro area, which he hailed in a statement as a budding tech hub now that Amazon is coming to the county.

“Washington, D.C. and Northern Virginia are emerging as one of the country’s major hubs for tech talent, which was a key factor in our decision to expand in the area,” Lerman wrote. “Our new office will be a key foothold as we continue our global growth.”

Yext plans to offer an open floor plan, fully stocked kitchens and free meals to all employees at the space. The company also hopes to put up a sign displaying its name on the building, once the home of the county’s Artisphere, to adorn Rosslyn’s skyline.

Rosslyn has seen quite a few economic development victories in recent months, highlighted by Nestle bringing its American headquarters to the neighborhood last year. The tech consulting firm Accenture recently added an office in the area as well, and the We Companies recently opened a new coworking space in the neighborhood.