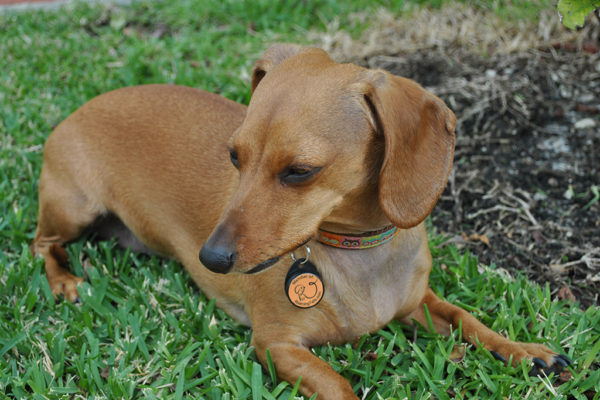 Arlington dog owners could soon be able to pay for lifetime licenses for their four-legged friends.

Currently, the county sells one-year or three-year licenses for Arlington’s furriest residents. But a new proposal advanced by the County Board Saturday (Feb. 23) would create a one-time, $30 fee for a lifetime license for local dogs.

If adopted later this year, the new license structure would take effect on July 1. Any dog owners who already have their pets licensed wouldn’t need to pay for the new license right away, however, but the county would only sell lifetime licenses after that date.

County staff argue that the change would eliminate the inconvenience of repeated license renewals, saving time for both the county treasurer’s office and pet owners, and that it would reduce “the amount of dog license taxes paid by dog owners over the course of their pet’s lifetime.”

Staffers proposed the change after state lawmakers passed legislation in 2017 to allow localities to issue lifetime licenses at costs of up to $50, and they noted in a report for the Board that Charlottesville and Hanover, Henrico and Stafford counties have already made the change.

“Arlington County benefits from reduced staff, printing and other costs associated with dog license renewals,” staff wrote about the advantages of making the change.

However, the proposal initially earned some pushback from local animal advocates and even some on the County Board, who feared that removing the yearly license renewal process would mean that dog owners wouldn’t have the same regular reminder to re-up their pet’s rabies vaccines.

The county’s proposal would require that owners prove their dog has received the vaccine in order to earn a lifetime license, but it doesn’t include any additional reminders about new vaccines. Staff reasoned in the report that keeping a pet’s vaccinations current is “something that responsible dog owners do as a matter of course.”

The Board merely authorized a public hearing on the license change for April 4, so members could yet vote down the proposal. If it does make it into law, staff expect a “long term” decrease in revenue from dog license fees, but they note that the program only brings in about $70,000 annually.

Some, including former Board member John Vihstadt, have proposed in the past that the county take the opposite approach and increase dog license fees in order to fund county dog parks.

END_OF_DOCUMENT_TOKEN_TO_BE_REPLACED

More Stories
Progressive Voice: Do We Really Live in a Democracy?Letter to the Editor: Amazon is a Perfect Fit for Crystal City