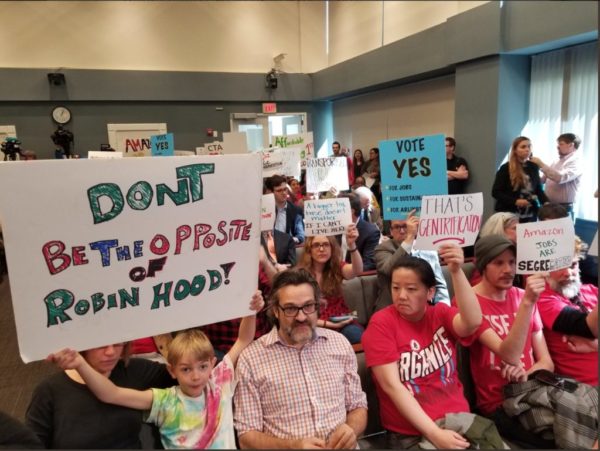 Over the weekend, the Arlington County Board voted unanimously to approve an incentive package that will help bring Amazon and its expected 25,000 or so jobs to the Pentagon City and Crystal City areas.

The approval followed impassioned public testimony from about 100 speakers.

Those in favor of the incentives, which include an estimated $23 million over 15 years from an expected rise in hotel tax revenues attributable to Amazon’s presence, says it’s a small price to pay for one of the biggest economic development prizes in a generation. Amazon, proponents say, will bring thousands of good jobs to the area and act as a magnet for other employers considering their next destination.

Those against the incentives say sending any tax revenue to one of the world’s largest companies, led by the world’s richest man, is a particularly egregious form of “corporate welfare.” That’s doubly so given Amazon’s oft-criticized treatment of its warehouse workers and the effect the company is having on brick-and-mortar retailers, critics say. Also, Amazon’s arrival may bring with it higher housing prices that could push out lower-income residents.

In the end, the Board decided that the benefits outweighed any potential negatives. Do you think they made the right decision?