With the local and state economic incentive packages now approved, it appears to be all systems go for Amazon’s arrival in “National Landing.” 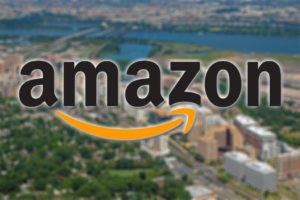 The company has been planning a gradual build-up of its presence in Arlington, with 400-500 jobs expected in the first year of “HQ2,” but 25,000 or more jobs expected to be created here within 12 years. Amazon will initially lease temporary office space in Crystal City, but will build the bulk of its local presence at sites near the Pentagon City Metro.

Amazon’s impact on housing prices has been subject to some debate, though generally HQ2 is expected to bring higher housing costs to Arlington and the region.

Amazon may also have impact on businesses, particularly local startups and tech companies. The tech and retail giant, for instance, might drive up office rents and employee salaries, and might make it harder to recruit technical talent.

We asked a number of local startup founders what they thought of Amazon’s impending arrival and most said they were looking forward to it, but with some apprehension.

“I’m mildly optimistic, though having seen some of the impacts of tech companies booming in San Francisco and Seattle (increased homelessness, drug use and local economy challenges) I’m also a bit nervous,” said Joanne Sonenshine of Connective Impact.

“For my business, which helps companies partner with social impact programs, having Amazon locally is a good thing, so we can advance their social investments to benefit our local and global economic development through their supplier and partner investments,” Sonenshine continued. “I’m hopeful that Amazon will be also be a thoughtful neighbor, however, and consider how their actions impact those of us living around them. I’m… encouraged that a focus on education and technology will also benefit our local schools.”

“I am cautiously optimistic about Amazon coming to the [area],” Linser said. “From a cultural standpoint, I think their presence will attract even more talented software developers… which will result in a larger and more diverse community of local devs.”

“I think all companies in the software business could benefit off this, because it will give [D.C. area] devs more resources to take advantage, such as more people to exchange experiences and ideas with, which will result in an overall more talented and diverse workforce,” he added. “From a business perspective, I think it could create more opportunity for local software shops to partner and collaborate with Amazon.”

Chase Damiano, COO of Arlington-based Commonwealth Joe Coffee Roasters, says he is particularly excited about having chosen Pentagon City for the company’s flagship location. The cafe at 520 12th Street S. is right across the street from Amazon’s future Pentagon City campus, and Damiano expects Amazon employees to be among his top customers.

“I’m excited for Amazon to come,” Damiano wrote. “It’ll bring more energy to Crystal City/Pentagon City. At a recent town hall in Arlington, Amazon representatives commented they design their offices to ‘nudge’ their employees into the surrounding community. I believe Amazon can bring more business to craft coffee houses like us.”

Jean Jacques Borno, founder of Crystal City-based financial planning app startup 1787fp, thinks Amazon will be a net plus for his company in a number of ways.

“I am not sure how the Amazon move will directly impact my startup,” Borno added, “but I think it can help us recruit more employees to the area.”

END_OF_DOCUMENT_TOKEN_TO_BE_REPLACED

More Stories
Police Increasing Security Around Houses of Worship After New Zealand Terror AttackThe Chew: 7 of the Best Trails to Walk with Your Dog