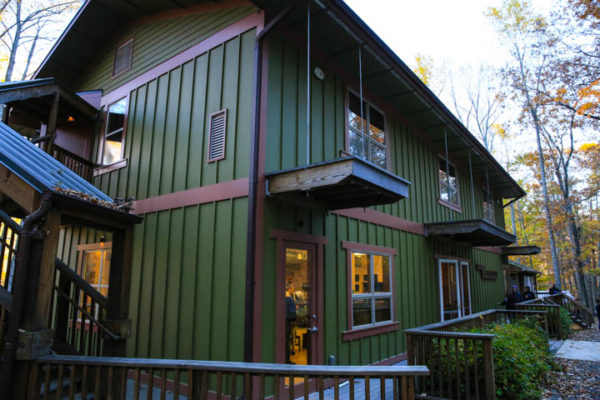 Outdoor Lab, an educational facility that serves Arlington students, is fighting for funding after Arlington’s superintendent proposed cutting the outdoor science program out of next year’s budget.

About 10,000 APS students visit the 225-acre site in Fauquier County each year for lessons on biology, earth science, and astronomy, per its website. The Lab is owned by the non-profit Arlington Outdoor Education Association and also provides students some overnight and summer programs.

Now program staff are urging parents to contact officials on their behalf because Superintendent Patrick Murphy has proposed eliminating funding for Lab staff and bus rides to the program as part of the $8.9 million in cuts he floated to balance his $662.7 million budget proposal for the school’s next fiscal year.

APS spokesman Frank Bellavia gave the same response to ARLnow’s request for comment as he did for the debate last week over the superintendent cutting crew for the county’s high schools.

“The Superintendent and APS does not want to take any of the proposed budget reductions. To present a proposed budget that was balanced, however, $8.9 million in reductions had to be proposed,” Bellavia said in the statement, adding that “instructional programs” were prioritized.

“You know the Outdoor Lab is a special place for seeing science come to life, taking a hike in the woods, and sleeping in a tent under the stars,” wrote Arlington Outdoor Education Association President Todd Parker in his plea to parents to contact the County and School Board on the program’s behalf.

“The Lab is a unique resource for students in Arlington Public Schools,” Parker wrote. “We need your voice to help ensure the Lab continues to serve thousands of Arlington students next school year.”

Eliminating funding for the Lab would save APS about $700,000, according to Murphy’s budget proposal.

The $8.9 million in total budget reductions proposed by the superintendent can be reduced if the county adds more money to the APS budget during deliberations next month.

The facility celebrated its 50th anniversary in 2016 by raising $84,000 for capital improvements, exceeding its $50,000 fundraising goal. The Outdoor Lab has previously said APS’ rising enrollment is squeezing its capacity.

The superintendent’s full comment about the budget cut proposal is below.

The Superintendent and APS does not want to take any of the proposed budget reductions.  To present a proposed budget that was balanced, however, $8.9 million in reductions had to be proposed.  Staff focused on preserving our instructional programs and the critical support provided to schools, students and families, but many difficult decisions had to be made about possible reductions.  We continue to hope that the APS budget will be fully funded by Arlington County Government through funding strategies including an increase in the tax rate.