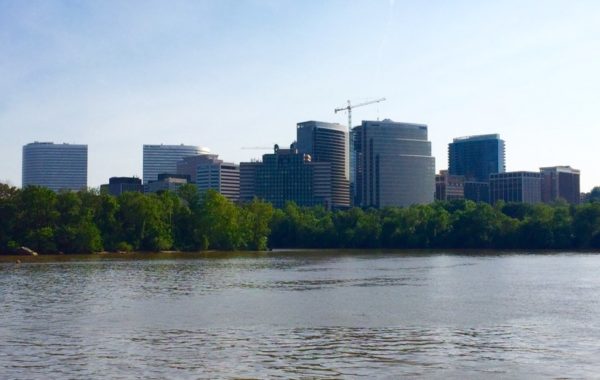 Garvey Out-Raises Gutshall — Arlington County Board Chair Libby Garvey out-raised Democratic challenger Erik Gutshall by more than $20,000 in April and May. Garvey raised $57,143 to $36,751 for Gutshall. Both candidates received donations from about 300 people. [Washington Post]

More People Biking to Work — The traffic woes and Metrorail headaches caused by Metro’s SafeTrack maintenance work is apparently pushing more people to commute to work via bike. On Monday, Arlington’s “Bike-o-Meter” near the Key Bridge recorded 2,325 bike trips, double the normal number for a Monday around this time of year. The pleasant weather probably helped, too. [WJLA]

New Chef at Water & Wall — John Leavitt, previously of Provision No. 14 in D.C., is taking over kitchen duties at Water & Wall in Virginia Square from proprietor and chef Tim Ma. Expect a new menu to roll out next month. [Northern Virginia Magazine]

Credit Union Branch Opens in Crystal City — The Lafayette Federal Credit Union has opened a branch at 2231 Crystal Drive in Crystal City. The 80-year-old local financial institution will mark the opening of its seventh branch with a grand opening celebration next Thursday, June 16 at noon. [Layfayette FCU]