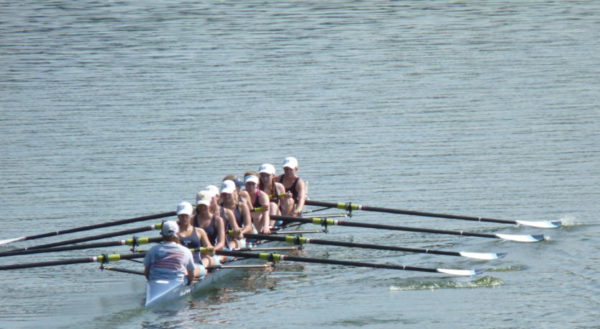 (Updated at 5:05 p.m.) Parents and Arlington Public Schools are at odds over funding high school crew, and whether the sport should be left to sink among system-wide budget cuts.

Superintendent Patrick Murphy’s $662.7 million budget proposal for the school’s next fiscal year budget proposes $8.9 million in cuts, though those cuts could be scaled back should the county increase its funding transfer to the school system.

Among the proposed cuts is eliminating money for high school rowing teams, a decision sparking criticism from parents who argue the sport helps their children’s development.

School spokesman Frank Bellavia told ARLnow today (Friday) that APS did not want to propose any cuts, and continues to hope the county will find to “fully fund” the school’s budget. The county would save $120,000 by cutting crew, according to Murphy’s budget.

In the event that cuts have to happen, Bellavia said the Superintendent’s Office chose to prioritize “our instructional programs and the critical support provided to schools, students and families.”

A petition asking APS to keep funding crew has gained over 1,300 signatures in the last five days.

The petition argues that teams at Wakefield, Yorktown, and the recently-renamed Washington-Liberty, promote “wellness” and “reduce stress and anxiety.” The petition states that “in the current climate where we see an uptick in anxiety and depression among kids and an increase in obesity and sedentary lifestyles, we should not be cutting support for programs that help improve students’ lives.”

Many parents that signed touted the benefits of physical fitness and mental tenacity the sport gave their children, with several noting that crew offers equal opportunities to girls and boys.

“My daughter is short stature, she physically can’t participate in high school sports such as softball or lacrosse because it’s too dangerous. Her short stature is embraced as a coxswain,” one petition signer wrote on Wednesday.

W-L crew coach Wilson DeSousa also signed the petition, writing that in his years teaching the sport to APS high schoolers he’s seen it has “changed their lives and made them stronger young adults. Readied then for life through the hard work and challenges of being part of a team.”

Former crew members, several of them APS alumni, also signed the petition and shared what the sport meant to them.

“This is a wonderful sport which was THE best part of my high school experience,” a W-L alum wrote on Thursday. “Please keep supporting crew for kids who need it!”

County officials originally warned APS could be facing a $43 million budget gap next year, which Murphy said would have been the largest budget deficit for the school system in its entire history. County Manager Mark Schwartz later revised the estimate thanks to unexpected real estate assessment growth and lower-than-expected employee healthcare costs.

However, the increases are not enough to offset APS deficit, meaning some spending cuts are still needed. Murphy said earlier this month he expects to cut 23 staff positions due to the budget cuts, which will increase class sizes slightly next year. The budget also eliminates funding for some local travel, field trip travel, and laboratory collaboration.

The Arlington School Board is set to vote on the final APS budget on April 11.

The full statement on cutting crew from Superintendent Patrick Murphy is below.

The Superintendent and APS does not want to take any of the proposed budget reductions. To present a proposed budget that was balanced, however, $8.9 million in reductions had to be proposed. Staff focused on preserving our instructional programs and the critical support provided to schools, students and families, but many difficult decisions had to be made about possible reductions. We continue to hope that the APS budget will be fully funded by Arlington County Government through funding strategies including an increase in the tax rate.