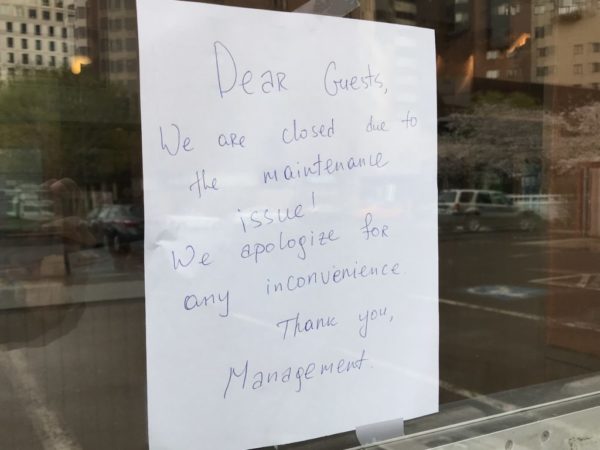 For the second time since October, the Ballston IHOP has closed after an early morning fire.

The fire was reported around 3 a.m., in the kitchen at the 935 N. Stafford Street restaurant, filling it with smoke, according to the Arlington County Fire Department. No injuries were reported.

This morning signs on the restaurant’s doors said it was closed due to a “maintenance issue.” IHOP was closed for more than a week after the October fire, but there’s no word as to how long this closure may last.

A fire department spokesman said the causes of the two fires are not initially believed to be related.

#Update: Fire is out and smoke has been cleared. No extension. All searches are negative. No injuries reported. Crews starting to clean up. Fire Marshal on scene to investigate. pic.twitter.com/EkbOJOwL8a