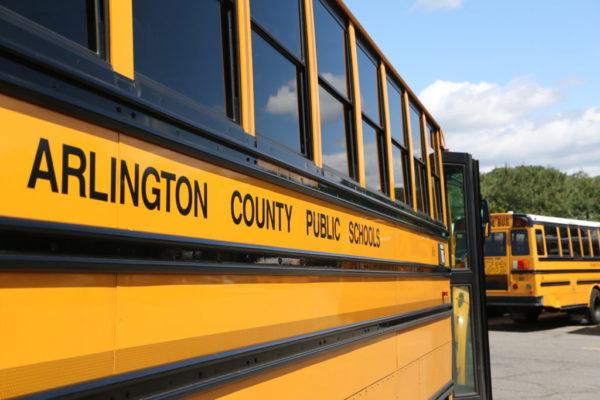 The School Board is expected to sign a settlement with the U.S. Department of Justice over allegations that Arlington Public Schools has provided inadequate help for students learning English.

“In 2015-2016, a complaint was filed regarding service concerns for our English Learners at Jefferson,” said APS spokesman Frank Bellavia, referring to Thomas Jefferson Middle School (TJMS).

“The settlement provides specifics on actions that APS will continue to take to meet the needs of our English Learners,” he told ARLnow in an email Monday. “This settlement agreement provides a mutually agreed upon resolution in lieu of litigation.”

DOJ’s 19-page settlement gives APS 33 requirements to comply with, including that TJMS teachers and administrative officials be trained in English Learning (EL) program requirements. It also seeks to “ensure that ELs are not over-identified as needing special education services based on their language barriers in elementary schools and are not denied timely evaluations for suspected disabilities at TJMS.”

Bellavia said APS already has procedures in place to prevent English-learning being confused with special needs.

“For example, through the Arlington Tiered System of Support, all students are provided with core instruction and interventions based on their needs,” he said.

The settlement also stipulates that APS begin to translate copies of special education documents like Individualized Education Programs (IEPs) and 504 plans for disabilities into the languages spoken by EL students’ families.

“As part of the settlement agreement, we will now translate the framework into the four major languages of our families (Spanish, Amharic, Arabic and Mongolian),” said Bellavia, who added that the IEP framework is now only translated into Spanish. “We will also let parents know that the full IEP or 504 will be available for translation if requested.”

“Except in an emergency, the District will not use students, family or friends of limited English proficient parents, or Google Translate for interpretation of District- or school-generated documents or for any other translation or interpreter services,” the settlement notes.

Nineteen percent of APS students in 2017 were enrolled in EL learning programs, according to the most recent reports shared by the School Board. Among students in Pre-K through high school that year, Spanish was the most common foreign language spoken (22.8 percent of students), followed by Amharic (2.4 percent), Arabic (2.2 percent), Mongolian (1.8 percent), and Bengali (1 percent).

Although the new federal settlement only names TJMS, it notes that the recommendations apply to all of APS’ EL programs.

The document is currently listed on the consent agenda for the School Board’s Thursday meeting, a place usually reserved for items expected to pass without debate.

The settlement will not be finalized until DOJ officials and School Board Chair Reid Goldstein sign it.

If Goldstein signs the document, APS would also agree to do the following:

Failure to comply could mean APS violates the 1974 Equal Educational Opportunities Act, which requires schools provide the same opportunities for all students regardless of race, gender, or language.

DOJ did not respond to a request for comment for more information about the settlement.

The agency has settled with dozens of school districts over similar complaints in recent years, including Prince William County in 2013.

Bellavia told ARLnow that compliance with the settlement would not affect APS’ budget for the next fiscal year.