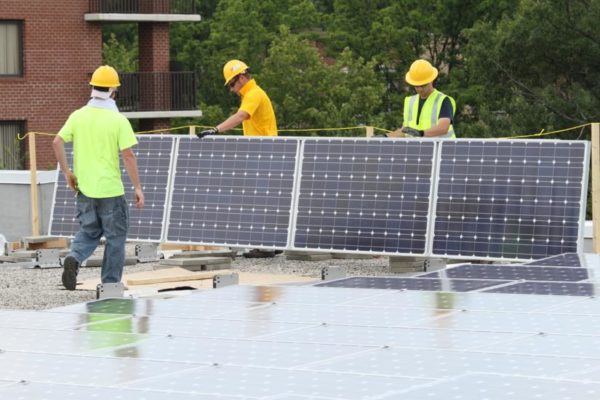 Arlington is looking for public input on a plan to use energy more efficiently.

Tonight (June 4) from 7-9 p.m. at the Central Library Auditorium (1015 N Quincy Street), county staff plan to host an open house during which the community can ask questions or offer feedback on an update to the county’s Community Energy Plan (CEP).

Goals for the project include:

“We invite the community to drop in and spend as much time as needed to learn about the draft CEP update, CEP implementation details, and provide feedback on the proposed changes to the 2013 CEP,” Rich Dooley, Arlington’s community energy coordinator, said in an email.

END_OF_DOCUMENT_TOKEN_TO_BE_REPLACED

More Stories
Citizen Burger Bar Has Closed in ClarendonAsk Eli: When Can I Negotiate?